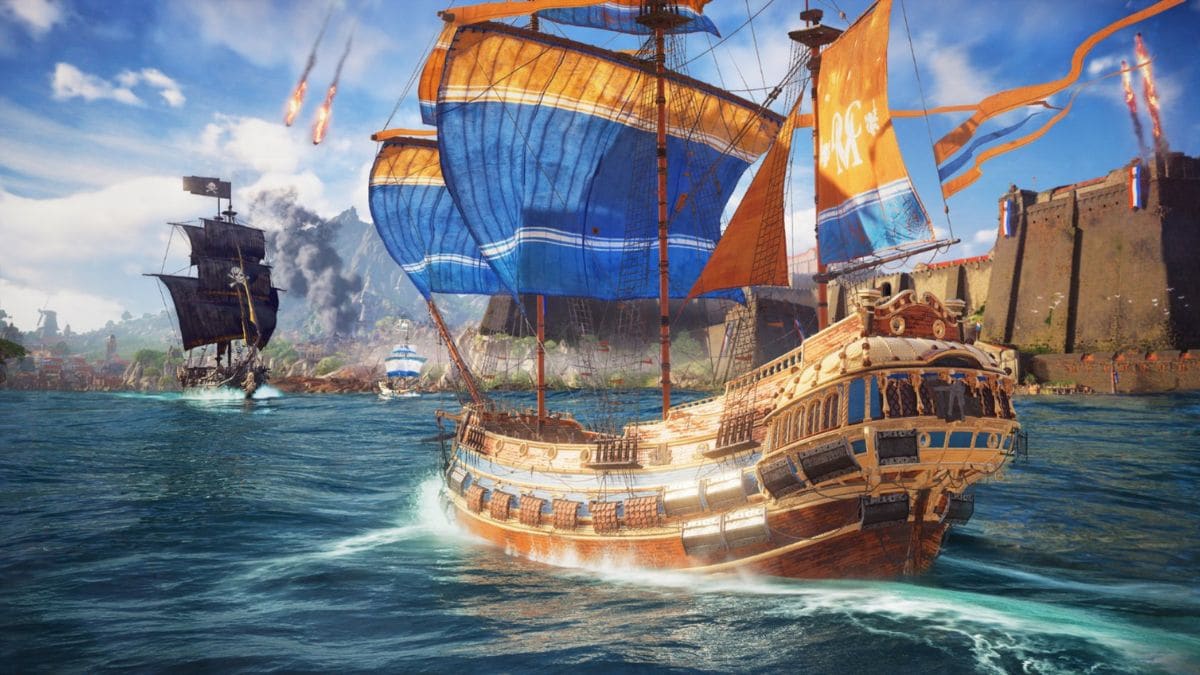 Ubisoft has delayed Skull and Bones, its upcoming action-adventure pirate sim, yet again amid poor overall sales of recent titles and planned company-wide changes for the next fiscal year. This marks the sixth chronic pushback for the naval combat title, which was previously set to release on March 9. It is now due for launch in the next fiscal year, which runs from April 2023 to March 2024. According to an investor call press release focused on strengthening its long-term growth, Ubisoft has also decided to cancel three unannounced projects. A good chunk of this shake-up has been attributed to Mario + Rabbids: Sparks of Hope and Just Dance 2023 underperforming in the final weeks of 2022 and into January, which was “markedly and surprisingly slower than expected.”

“While Skull and Bones is now complete, we are using the remaining time until our launch to leverage feedback from our ongoing Technical Tests and upcoming open beta to polish and balance the experience,” a Ubisoft spokesperson told Kotaku. The press release notes that the additional time from multiple delays has “paid off” and brought impressive improvements to the game’s quality. The studio also has a live showcase planned for later this week, on January 13 at 10:30pm IST/ 9am PT, over on the Ubisoft Twitch channel. Development on Skull and Bones commenced back in 2013 when it was intended as a multiplayer expansion to the pirate-themed Assassin’s Creed IV: Black Flag. The project eventually took shape as its own thing, morphing into the standalone open-world pirate game we now know. That adds up to a total of 11 years in development.

In order to combat the losses, Ubisoft will proceed cautiously, confirming a new set of measures in the press release. As stated before, this entails the cancellation of three unannounced projects, on top of the four that were cancelled in July, last year. Two of them were confirmed to be Splinter Cell VR and Ghost Recon Frontline. Since Ubisoft has already teased a remake of the original Splinter Cell, it’s safe to assume that — no pun intended — it’s safe. That said, the company has plans to release one more premium game in addition to Skull and Bones, Assassin’s Creed Mirage, and Avatar: Frontiers of Pandora within the next fiscal year.

Ubisoft is also depreciating €500 million (about Rs. 4,398 crore) of R&D costs on upcoming free-to-play and premium games, in addition to the ones that were just cancelled. “This notably reflects the increased cautiousness related to the current challenging videogame market and macroeconomic environment as well as the necessary increased focus on fewer titles,” it reads. The company is also planning to cut down more than €200 million (about Rs. 1,759 crore) from its operating costs for the next two years.

“The industry’s long-term prospects remain promising, and I am convinced Ubisoft is well-positioned to benefit from this momentum thanks to the strength of our teams, brands, production capacity, technology and balance sheet. Our back catalogue remains very healthy with notably robust activity on Rainbow Six Siege, great momentum for our Assassin’s Creed games, and generally solid performance from our live games,” Yves Guillemot, Ubisoft CEO said.

Skull and Bones will no longer launch on the previously decided March date. Further updates on the same should be revealed in time.

Everyone’s watching Meta’s earnings report for a hint at how online ads are doing
You Don’t Know Where Your Secrets Are
Sony, Xbox and Nintendo Will Not Be at E3 2023: Report
iPhone 14, iPhone 14 Plus Get Discounts of Up to Rs. 15,000: Here’s How Much They Cost Now
Tech layoffs have left workers living in the US on visas with little time to find a new job #shorts