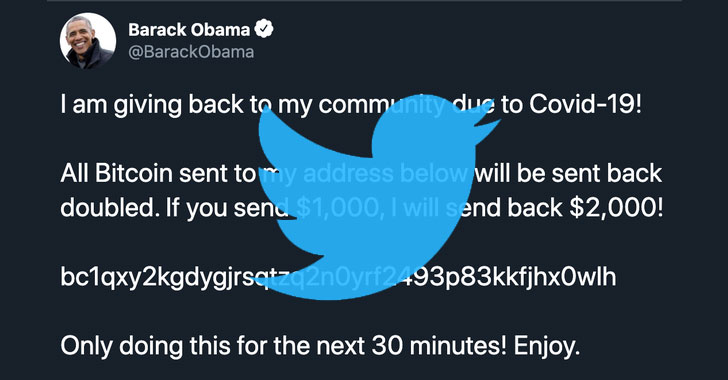 A U.K. citizen has been arrested in the Spanish town of Estepona over his alleged involvement in the July 2020 hack of Twitter, resulting in the compromise of 130 high-profile accounts.

Joseph O’Connor, 22, has been charged with intentionally accessing a computer without authorization and obtaining information from a protected computer, as well as for making extortive communications. The Spanish National Police made the arrest pursuant to a U.S. warrant.

Besides his role in the Twitter hack, O’Connor is also charged with computer intrusions related to takeovers of TikTok and Snapchat user accounts and cyberstalking an unnamed juvenile victim.

The great Twitter hack of July 15, 2020, emerged as one of the biggest security lapses in the social media platform’s history after O’Connor, along with Mason Sheppard, Nima Fazeli, and Graham Ivan Clark, managed to gain access to Twitter’s internal tools, abusing it to breach the accounts of politicians, celebrities and companies for promoting a cryptocurrency scam.

The verified account scam raked in more than $100,000 in bitcoin.

In an interview with the New York Times last July, O’Connor, who identified himself as “PlugWalkJoe”, said the Twitter credentials were obtained after finding a way into the company’s internal Slack messaging channel, where they were posted.

“I don’t care,” O’Connor told The Times. “They can come arrest me. I would laugh at them. I haven’t done anything.”

News of the arrest comes four months after Clark landed a three-year prison sentence after he pled guilty to fraud charges related to the incident.