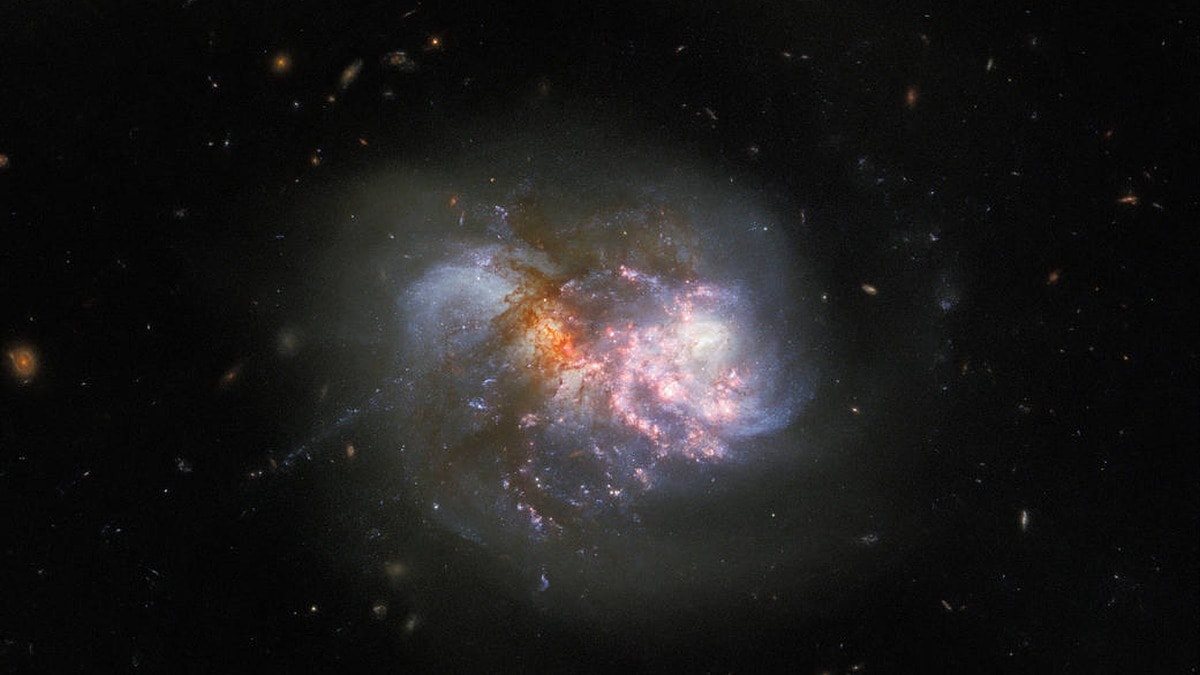 NASA recently shared a stunning image of interacting galaxy pair IC 1623 captured by the Hubble Space Telescope on its Instagram handle. The galaxy pair is located about 275 million light-years away from the Earth, in the constellation Cetus (The Whale). The space agency titled the image, “Caught in a cosmic bad romance”, and added that this wasn’t the “first time we’ve seen the complex love story of the two galaxies, which were first captured by the Hubble in 2008 using only optical and infrared wavelength filters”. To reveal the finer details of IC 1623, the Hubble Space Telescope used “eight filters spanning infrared to ultraviolet wavelengths”.

NASA credited the European Space Agency (ESA) for the image of the “two star-crossed galaxies” and added that it was “looking forward to the observations in new detail expected from @NASAWebb which will shed more light into the spectacular process of extreme star formation in unique environments like these”.

The ESA, too, had posted the same image on its Instagram handle and wrote that it “incorporates new data from Wide Field Camera 3”.

“The two galaxies are in the final stages of merging, and astronomers expect a powerful inflow of gas to ignite a frenzied burst of star formation in the resulting compact starburst galaxy,” the ESA said in the photo caption.

The Hubble Space Telescope regularly takes stunning photos of various celestial bodies. A few days ago, it had shared a photo of a galaxy called DF2 on its Instagram handle calling it “an unusual ‘see-through’ galaxy”. It added in the caption that DF2 had just about “1/200th the number of stars as our home galaxy, the Milky Way”.

Earlier, this month, the Hubble Space Telescope had found a “lopsided” spiral galaxy — NGC 2276 — that has been deformed by the gravitational tug of another nearby galaxy. NASA had shared the image of the galaxy and said that it looked a bit lopsided because of the “galactic game of tug-of-war”.

The 31-year-old Hubble Space Telescope was launched in 1990. Since then, it has made more than 1.4 million observations. According to NASA, it has an “unobstructed view” of the universe.

Gootkit Malware Continues to Evolve with New Components and Obfuscations
World of Warcraft China Shut Down Cuts Off Millions of Gamers
Moto E13 Price in India, Launch Timeline Tipped; Could Launch Early Next Month
Spotify cuts 6% of its workforce — read the memo CEO Daniel Ek sent to staff
Apple’s Headset Will Be Controlled by Staring, Pinching