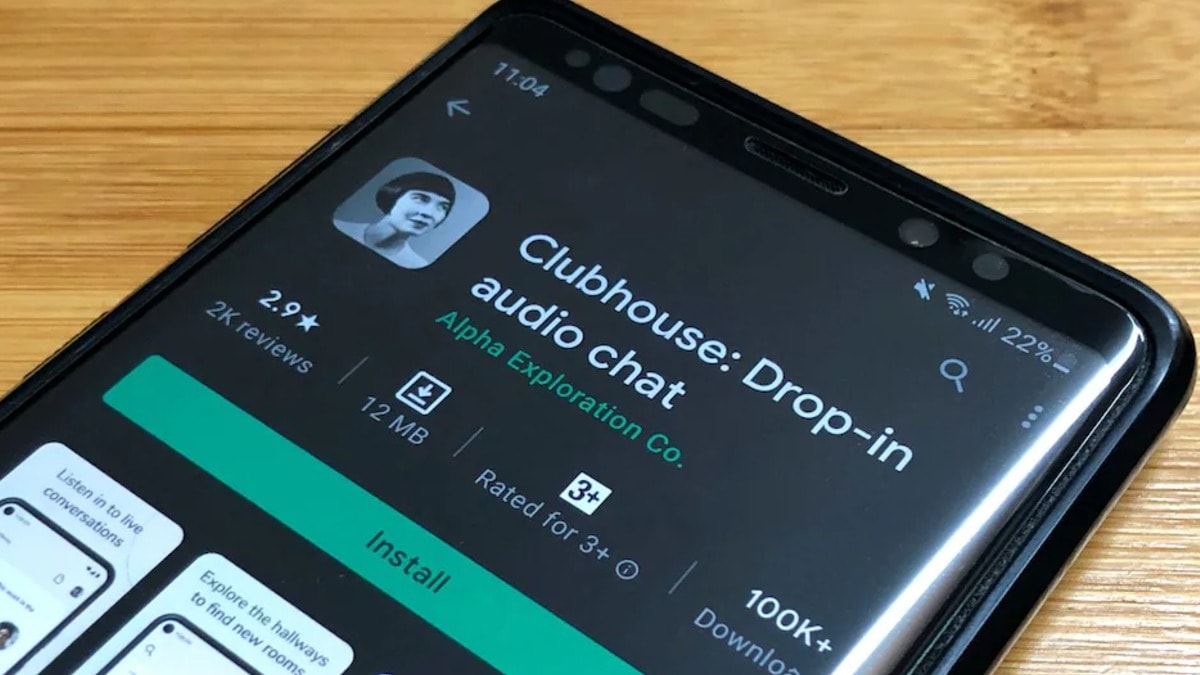 Clubhouse seemingly rolled out a new Backchannel feature briefly, which would allow users to chat via text messages. Clubhouse is known for its audio chat rooms and this text feature looks to be an addition to the core functionality. This was revealed via a notification that users took screenshots of, but has not been made available yet. This comes at a time where the competition for live audio rooms is heating up. After Twitter launched Spaces, Facebook introduced Live Audio Rooms recently and Spotify introduced Greenroom.

Several Clubhouse users on Twitter shared screenshots and videos of the new Backchannel feature in Clubhouse. It allowed for all participants in a room to chat via text, in addition to the live audio chat. Users got notifications from Clubhouse saying that Backchannel had been enabled and a new arrow button was showing up in the hallway. However, the Backchannel feature didn’t seem to work for users and isn’t visible on the app as of now.

Facebook’s answer to Clubhouse – Live Audio Rooms – started to rollout to US users just a day ago. The social media giant says it is allowing public figures with verified accounts to start live audio rooms and invite anyone else to speak. A handful of podcasts will be available to people in the US at first and the company plans to add more down the line. Spotify Greenroom was also launched last week allowing users to join live discussions or to host their own.

‘Michael Jordan of Fundraising’: Elon Musk Emerges a Money Maverick in Tesla Tweet Trial
Nikola CEO on Supply Chain, Production
Everyone’s watching Meta’s earnings report for a hint at how online ads are doing
Tech layoffs have left workers living in the US on visas with little time to find a new job #shorts
Ant-Man and the Wasp: Quantumania, Shehzada, Babylon, and More: February Movie Guide to Cinemas and OTT