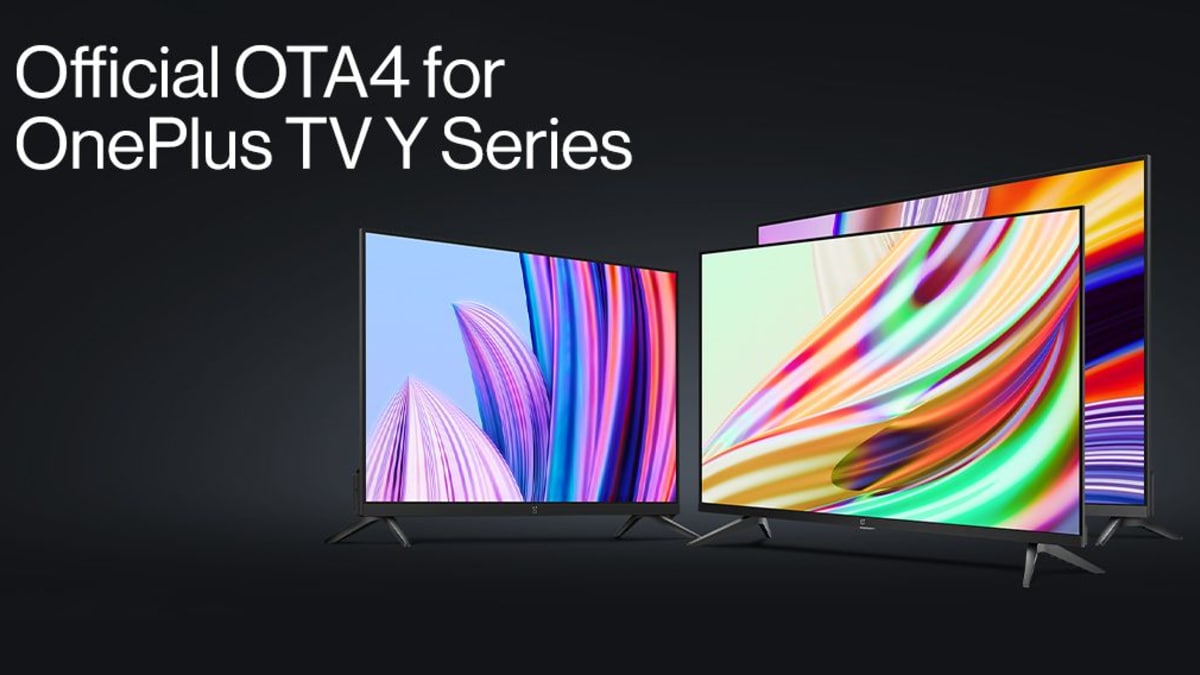 OnePlus has announced the rollout of an update for the OnePlus TV Y series. The changelog confirms that the new update will offer support for the Watch Connect app bringing better interaction between the TV and OnePlus Watch. This update is rolling out for models in the OnePlus TV Y series, including the 32-inch model, 40-inch model, and 43-inch model. OnePlus is rolling out the update in an incremental manner and all users are slated to get the update by June 18.

The company took to the forums last week to announce the rollout of a new system update for OnePlus TV Y-series models. The OTA4 update for the series brings along support for the Watch Connect app enabling TV controls through the OnePlus Watch. Additionally, the update also fixes some bugs, details of which haven’t been disclosed. OnePlus TV Y 32-inch, 40-inch, and 43-inch models are getting the OTA4 update.

Software product manager of OnePlus TV, Jat Zhou says that the update is rolling out in an incremental manner and will be rolled out to all users by June 18. “Anyone who doesn’t have it after that day, please send out your SN number to me via private communication. We will help as soon as possible,” she mentions in the blog.

The Y-series models come with DCI-P3 93 percent colour gamut and are powered by the 64-bit processor. The models run on Android TV and have Oxygen Play interface. These TV models feature a bezel-less design. To recall, the 32-inch and 43-inch models were launched in India back in July last year, while the 40-inch model was launched in May this year.