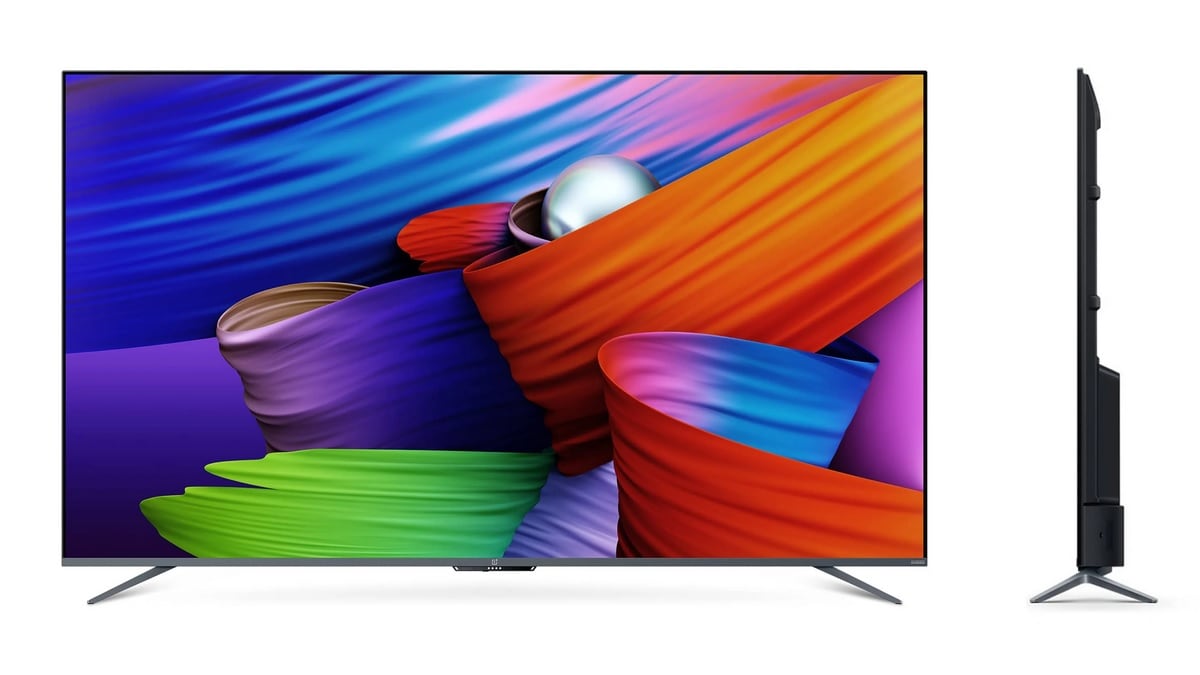 OnePlus TV U1S price in India has been leaked — once again — ahead of its official launch. The new OnePlus TV is rumoured to have three distinct variants and the most affordable one in the series is expected to be available under Rs. 39,999. Although the company is yet to make an official announcement, OnePlus TV U1S is rumoured to have thin bezels and include features such as a remote with NFC support and dedicated keys to access over-the-top (OTT) platforms such as Amazon Prime Video and Netflix.

Tipster Abhishek Yadav tweeted the pricing details of the OnePlus TV U1S. The tipster suggested that the 50-inch variant of OnePlus TV U1S in India may carry a price tag of under Rs. 39,999, while its 55-inch and 65-inch models could be priced under Rs. 49,999 and Rs. 59,999, respectively. However, the exact pricing has not been provided.

OnePlus TV U1S is expected to have 4K resolution across all three screen sizes. It is also rumoured to come with HDR10+, HLG, and MEMC support and include 30W speakers with Dolby Audio, co-tuned with Dynaudio. The new OnePlus TV is additionally expected to have HDMI 2.0 ports for connectivity and run on Android TV 10.

OnePlus is also reported to bring a plug-n-play webcam for the OnePlus TV U1S that could be powered by a USB Type-C port and have a 1080p resolution at 30fps frame rate.

The new OnePlus TV is also speculated to come with a remote that would support NFC connectivity and have dedicated keys for Amazon Prime Video, Google Assistant, and Netflix. The smart TV could also have integrated Google Assistant support as it is expected to have a microphone at the bottom, along with four LED indicators.

OnePlus is hosting the OnePlus TV U1S launch on Thursday (June 10). It will come alongside the OnePlus Nord CE 5G smartphone.