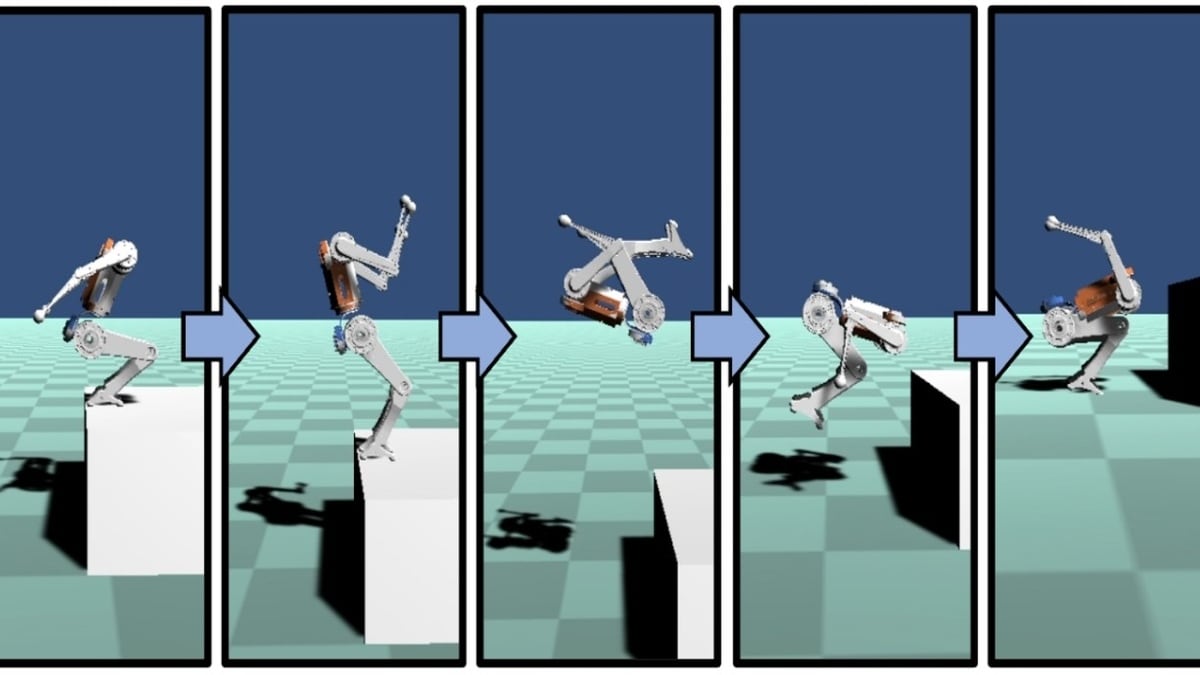 Not long ago, bipedal robots that can manage to walk without falling were considered to be the most advanced in the field of robotics. But an acrobatic humanoid robot that researchers at the Massachusetts Institute of Technology (MIT) are working on will give them a run for their money (only if that was possible). The researchers say making such a humanoid robot that can perform acrobatics, such as frontflips and backflips as well as spinning jumps, requires systematic approaches across hardware design, motion planning, and control. In their latest study, the researchers have presented a new design for a humanoid robot — an actuator-aware kino-dynamic motion planner and a landing controller as part of a practical system design.

These, the researchers say, when put together, will allow highly dynamic motion control of the humanoid robot. And to achieve this “impulsive motion”, the team has developed two new proprioceptive actuators — different from Boston Dynamics’ ATLAS robot that uses hydraulic actuators — which can help achieve highly dynamic movements in any legged robot.

The kino-dynamic motion planner, researchers said, shows the actuator’s torque, velocity, and power limits. “For the landing control, we effectively integrate model-predictive control and whole-body impulse control by connecting them in a dynamically consistent way to accomplish both the long-time horizon optimal control and high-bandwidth full-body dynamics-based feedback,” reads the introduction of the paper.

The paper titled, ‘The MIT Humanoid Robot: Design, Motion Planning, and Control For Acrobatic Behaviors’, authored by Matthew Chignoli, Donghyun Kim, Elijah Stanger-Jones, and Sangbae Kim and has been posted on arXiv.

Besides the aforementioned details, the researchers said that with the assistance of a carefully designed hardware and control framework, they successfully demonstrated dynamic behaviours, backflip, front flips, and spinning jumps in our realistic dynamics simulation.

The team has also shared a video in which an animated humanoid robot performs what the researchers expect the machine to do once it’s operational. In the simulation, the robot is seen performing frontflip, backflip, 180-degree spin jump, barrel roll, hurdle jump, and lateral hurdle jump.

Author Matthew Chignoli said that the primary focus of the leg design was to enable “heel-to-toe” actions that happen in humans when they walk and run.

“When it comes to the physical capabilities of the robot, anything we demonstrate in simulation should be feasible on the robot,” Chignoli was quoted as saying by IEEE Spectrum. “We include in our simulations detailed models for the robot’s actuators and battery, models that have been validated experimentally. Such detailed models are not frequently included in dynamic simulations for robots.”

The report further said that the design of the MIT humanoid robot is complete and the team plans to build it over the summer.