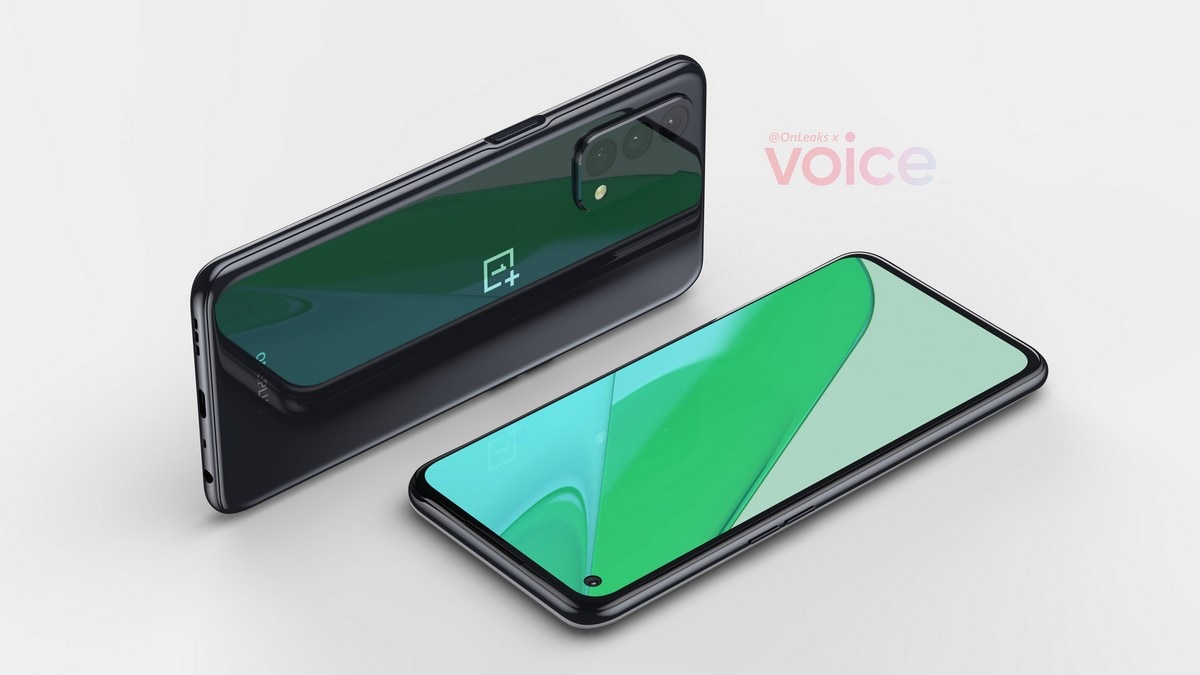 OnePlus Nord CE 5G will be unveiled next week in India and ahead of its launch, key specifications have allegedly leaked. The phone is tipped to be offered in three storage configurations, pack a triple rear camera setup, and carry a single front facing camera, unlike the original OnePlus Nord. OnePlus Nord CE 5G is also expected to have a plastic build and no alert-slider, which isn’t that surprising as OnePlus Nord N10 5G and OnePlus Nord N100 also did not have one.

The latest leak comes from tipster Yogesh in collaboration with MySmartPrice and it suggests that OnePlus Nord CE 5G will feature a 6.43-inch full-HD+ AMOLED display with 90Hz refresh rate and an in-display fingerprint scanner. The phone is expected to be powered by the Qualcomm Snapdragon 750G SoC, and come in two storage models — 6GB + 64GB and 8GB + 128GB.

Notably, the phone may have been spotted in a Geekbench listing with model number EB2103 and the listing shows a 12GB RAM variant. This suggests that OnePlus Nord CE 5G may be offered in three storage configurations and this 12GB RAM variant is likely to come with 256GB of storage. The Geekbench listing that was spotted by Nashville Chatter Class also shows Android 11 and the Snapdragon 750G SoC.

Back to the specifications shared by the tipster, OnePlus Nord CE 5G is expected to pack a triple rear camera setup that includes a 64-megapiel Omnivision sensor, an 8-megapixel sensor with an ultra-wide-angle lens, and a 2-megapixel depth sensor. At the front, the phone may feature a 16-megapixel selfie shooter. There could be a 4,500mAh battery in the phone that supports Warp Charge 30T.

Last month, the same tipster claimed that OnePlus Nord CE 5G will be at least Rs. 2,000 cheaper than the current OnePlus Nord that starts at Rs. 24,999.

Ahead of its June 10 launch, OnePlus has been teasing details about OnePlus Nord CE 5G and till now, it has confirmed the phone will have a vertically aligned camera setup on the back, 7.9mm thickness, a 3.5mm headphone jack, and a USB Type-C port. Recently, the phone was tipped to come in a Charcoal Ink colour option.