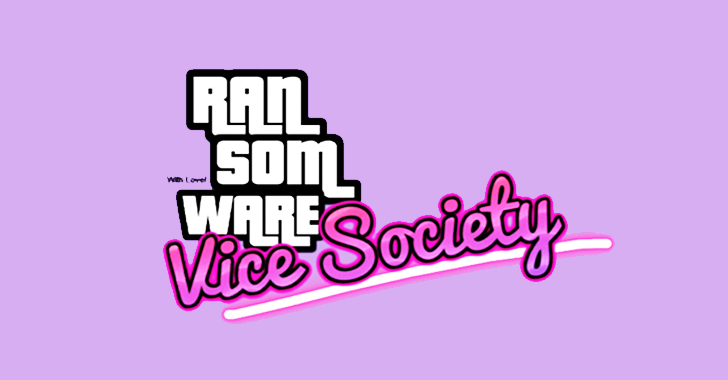 The Vice Society cybercrime group has disproportionately targeted educational institutions, accounting for 33 victims in 2022 and surpassing other ransomware families like LockBit, BlackCat, BianLian, and Hive.

Other prominent industry verticals targeted include healthcare, governments, manufacturing, retail, and legal services, according to an analysis of leak site data by Palo Alto Networks Unit 42.

The cybersecurity company called Vice Society one of the “most impactful ransomware gangs of 2022.”

Of the 100 organizations impacted in total, 35 cases have been reported from the U.S., followed by 18 in the U.K., seven in Spain, six each in Brazil and France, four each in Germany and Italy, and three cases in Australia.

Active since May 2021, Vice Society stands apart from other ransomware crews in that it does not use a ransomware variant of its own, rather relying on pre-existing ransomware binaries such as HelloKitty and Zeppelin that are sold on underground forums. 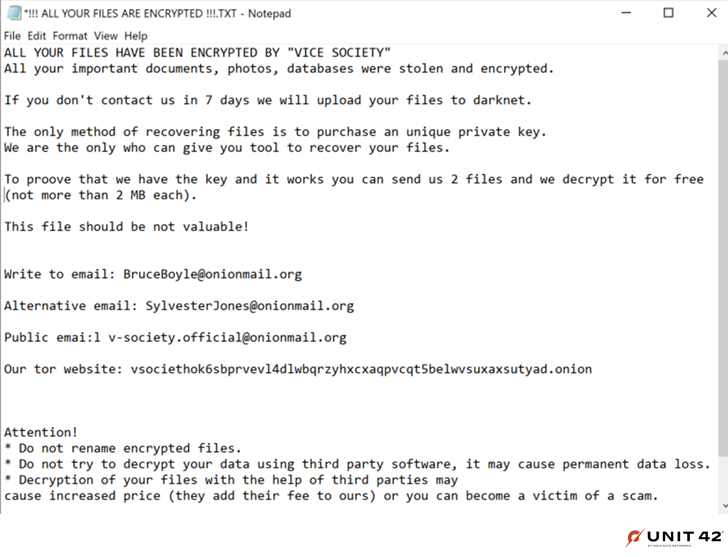 Microsoft, which is tracking the activity under the name DEV-0832, said the group avoids deploying ransomware in some cases and carries out extortion using exfiltrated stolen data. 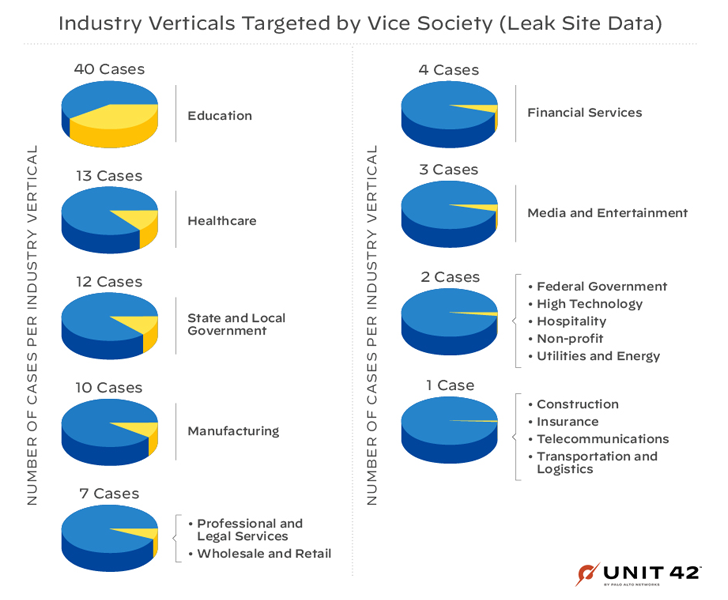 The operators have been observed obtaining initial network access through compromised credentials by leveraging internet-facing applications, in addition to abusing known security flaws to escalate privileges.

Unit 42’s incident response efforts show that the group has a dwell time of six days in the victims’ environments and that the initial ransom amounts could exceed $1 million – a figure that may drop by as much as 60% post negotiations to $460,000.

“Vice Society and its consistent targeting of the education industry vertical, particularly around the September time frame, serves as a warning that this group has shaped their campaigns to take advantage of the school year in the U.S.”