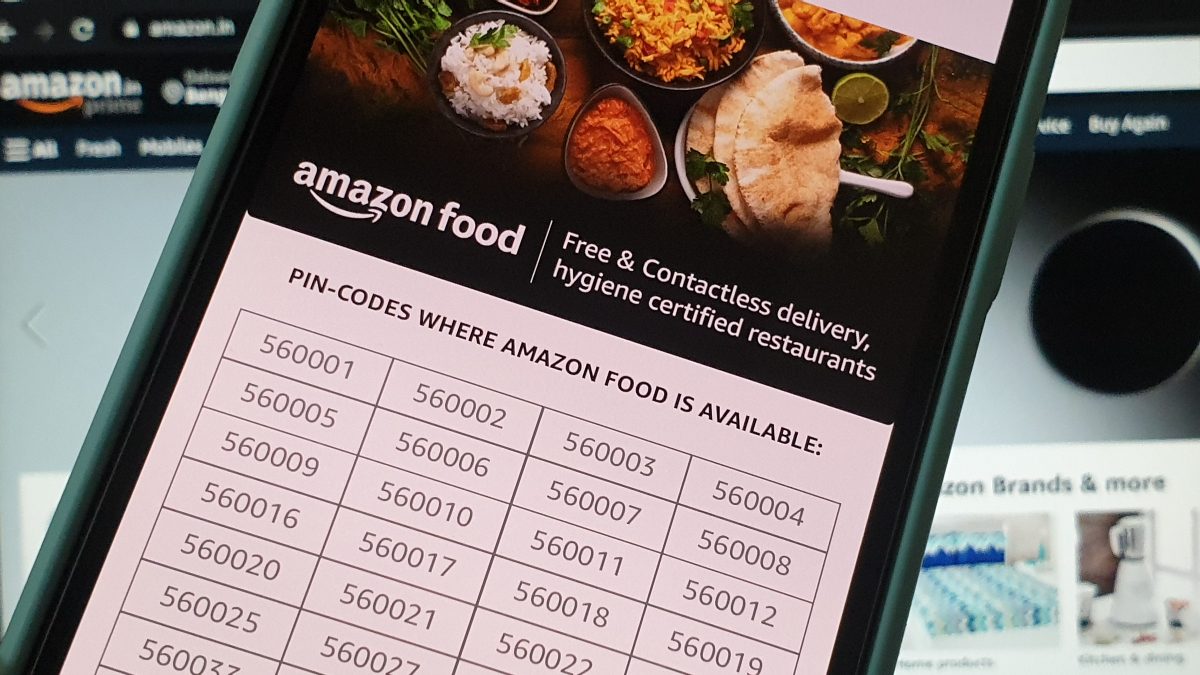 According to the Amazon‘s communication accessed by The Economic Times, the company has made it clear that its food delivery business, called Amazon Food, will discontinue from December 29. The e-commerce giant has also assured the restaurant partners to fulfil all “payments and other contractual obligations” till the said period.

However, as per the letter, the company will provide access to the partners to Amazon tools and reports till January 31.

“This decision means that you will no longer get orders from customers via Amazon Food after this date. You will continue to receive orders till then and we expect you to continue fulfilling those orders,” Amazon told restaurant partners, as quoted.

Amazon Food was launched in India as the e-commerce giant’s competition to Swiggy and Zomato. The service debuted in Bengaluru in May 2020. By March 2021, Amazon Food expanded to 62 pins across the city Bengaluru.

The announcement to shut Amazon Food comes a day after it was reported that the company is discontinuing Amazon Academy, the online learning platform for high-school students in India. The Amazon Academy platform debuted early last year amid the COVID-19 pandemic.

The company has been in a lot of limelight recently for the mass layoffs, which are confirmed to continue till next year. In a note sent to employees, Amazon CEO Andy Jassy wrote, “I’ve been in this role now for about a year and a half, and without a doubt, this is the most difficult decision we’ve made during that time (and, we’ve had to make some very tough calls over the past couple of years, particularly during the heart of the pandemic).