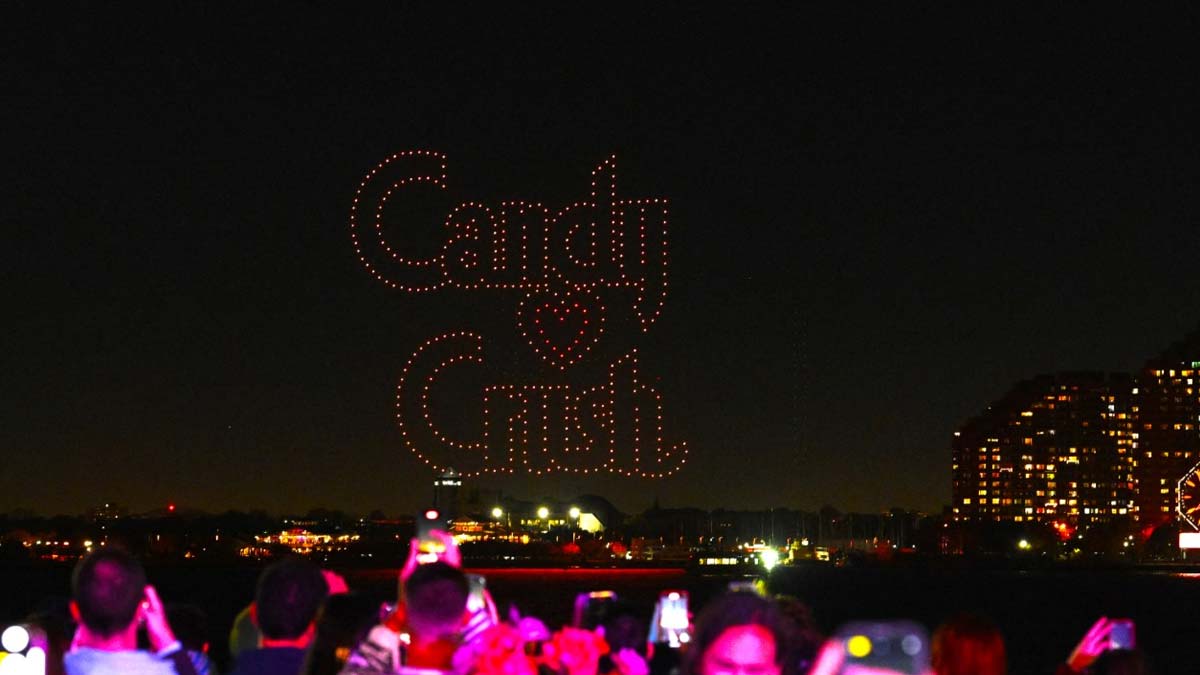 An elaborate drone show lit up the night sky above the New York City on Thursday to celebrate the 10-year anniversary of the popular game Candy Crush. According to New York Post, 500 GPS-linked drones were used to form a giant flying advertisement for the game. The choreographed performance lasted for 10 minutes and turned the sky into “the largest screen on the planet”. However, the dazzling display led to a controversy with environmentalists saying it led to huge air pollution.

“I think it’s outrageous to be spoiling our city’s skyline for private profit. It’s offensive to New Yorkers, to our local laws, to public safety and to wildlife,” the outlet quoted Senator Brad Hoylman as saying.

Some others, like environmentalist Dustin Partridge, feared the light show would disorient thousands of migratory birds.

“The Hudson is an important flyway for birds, and luckily it’s been dark,” Mr Partridge, the director of conservation and science at NYC Audubon, was quoted as saying by the Post.

New York’s aviation laws prohibit even a single drone from soaring high in the sky. But the organisers of the event launched them from across the Hudson River in New Jersey to dodge the laws, said a report in The Verge.

The event was given a special use permit since New Jersey’s state parks also have restrictions on flying drones, the outlet further said in its report.

This is not the first time that such a drone light show took place in the area. In June this year, basketball association NBA used the same loophole to launch light drones over the Hudson River.