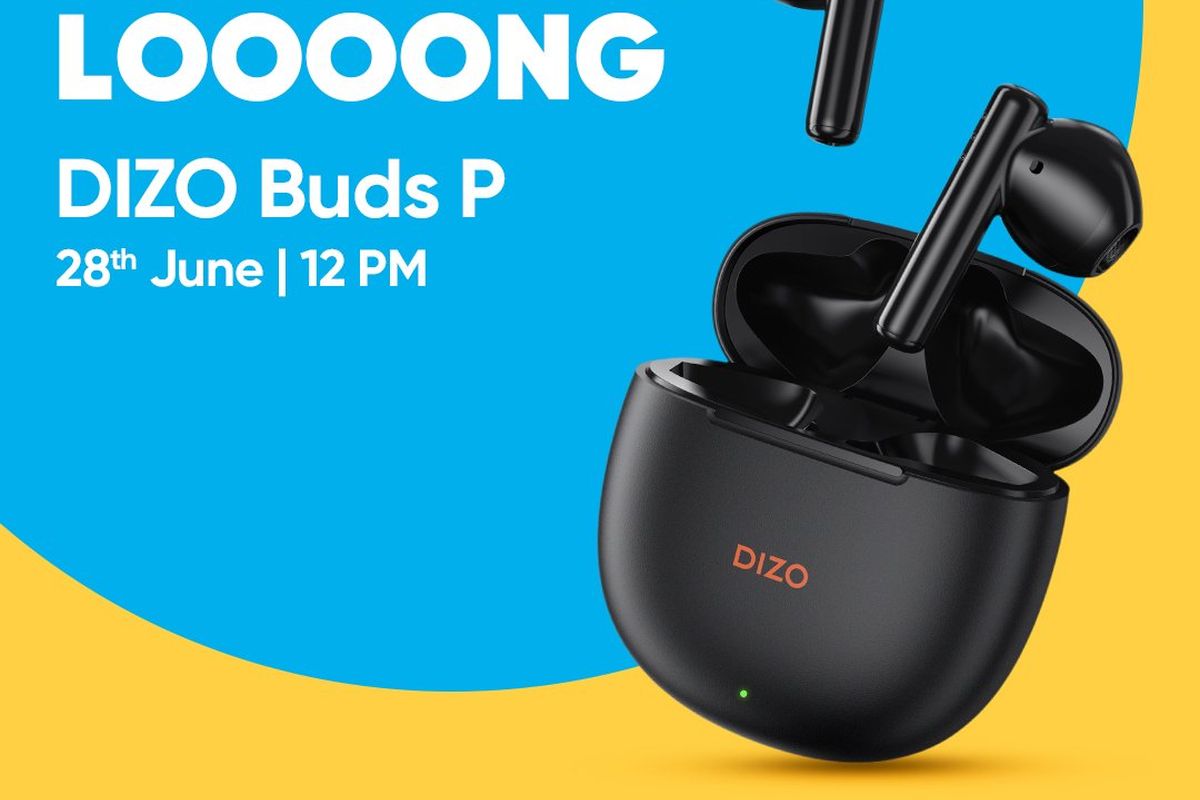 Dizo has confirmed the launch of its new earphones Buds P in India. The company has announced the earphones will be launching in India on June 28 at 12pm IST. Dizo has also revealed a few specifications of the earphones. The Dizo Buds P will come with half-in-ear design along with a claimed playtime of 40 hours. According to a recent report, the new earphones are expected to be an upgrade over the company’s previous models under Dizo Z-series, Z-Pro seires, D-series, and GoPods-series.

The Realme Techlife partner brand, Dizo, recently announced via its official Twitter account that the company will be launching the Dizo Buds P earphones in India on June 28 at 12pm IST. The company also announced that the earphones will feature 40 hours of total playtime.

In the Tweet, Dizo said, “Take a trip with your favourite audiobooks, listen to music comfortably and play games.” The company also revealed that the Dizo Bud P will weigh 3.5g. It will come with an ergonomic, half-in-ear, a ‘p’ shaped design. The earphones will be available for purchase in India through Flipkart, as a purchase link for the earphones, which redirects you to an unavailable webpage on Flipkart, has appeared in the Twitter bio of the company’s official account.

As per a recent report, Dizo Buds P are expected to be priced below Rs. 2,000. The earphones are said to be an upgrade over the company’s existing models under Dizo Z-series, Z-Pro series, D-series, and GoPods-series.

To recall, Dizo had launched the TWS Dizo Buds Z Pro earphones in India earlier in January this year and it was priced at Rs. 2,299. The Buds Z Pro earphones were launched with active noise cancellation, app support via Realme Link app. The earphones also feature a low-latency mode for gaming and a total claimed battery life of up to 25 hours.