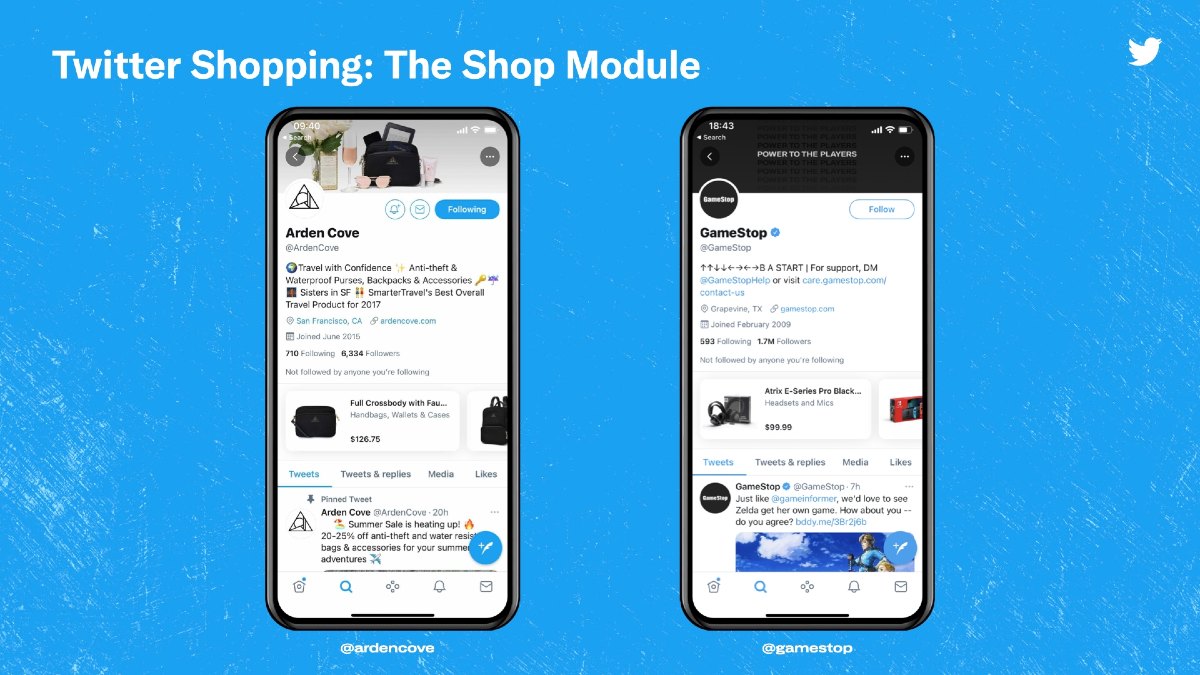 Twitter Shop Module, a new feature that allows users to explore as well as make purchases from businesses directly on the microblogging platform, was launched in the US on Thursday, July 29. The company says that the pilot is starting with a small number of brands in the country and only the people who use Twitter in English on iOS devices will be able to see the Shop Module at first. The move is seen as a push to generate a revenue stream other than advertising on the social media platform.

As per an announcement by Twitter in a blog post, the Shop Module will be a dedicated space at the top of a profile where businesses can showcase their products. Twitter users can visit such profiles with the Shop Module enabled and scroll through the carousel of products. Users interested in a product can tap on it to know more and purchase it if they like it in an in-app browser, without leaving Twitter.

Twitter says that with Shop Module pilot, it wants to explore how users are engaged, and respond to the experience. In the meantime, the company will learn about the shopping experiences that people prefer on Twitter. The company said it is also working to rope in more businesses for a new Merchant Advisory Board.

Furthermore, the Twitter Shop Module will also build around the Professional Profiles tool that the microblogging website introduced this year. This tool allows businesses, non-profits, publishers, and creators who use Twitter for work to display specific information about their business directly on their profile.

In 2015, Twitter announced that it was partnering with US retailers to help them sell products through a “Buy Now” button in tweets. It was initially rolled out to a small percentage of US users, but Twitter later stepped back from its “shopping pursuits to focus on other areas”.