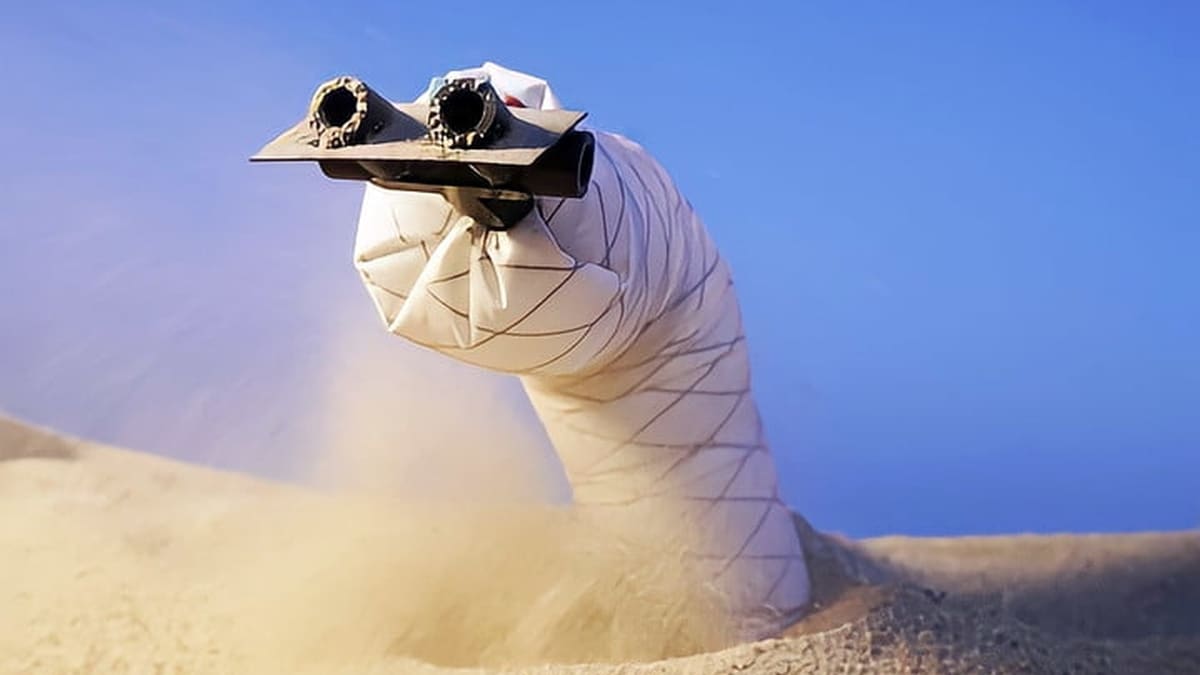 Fewer fields have witnessed advancements on the same scale as robotics. There have been many inspirations — from dogs to humans — for scientists and engineers to design a robot. We have seen these machines walk beside their owners, perform acrobatics, and even assist humans in identifying and lifting work in warehouses. That the robots can navigate through air, water, and land is a well-established fact, but a frontier that remained vastly unexplored for these machines is the ground under our feet. Now, a team of engineers at the University of California, Santa Barbara (UCSB) and Georgia Institute of Technology have designed a snake-like robot that has the ability to navigate underground.

The robot uses a wide range of methods to burrow beneath the earth in soft sand or soil. The study — Controlling subterranean forces enables a fast, steerable, burrowing soft robot — was published last month in Science Robotics.

Following the results, the team concluded a steerable, root-like soft robot that controls subterranean lift and drags forces to burrow faster than previous approaches by over an order of magnitude and does so through real sand. According to Science Robotics, the discovery, the team says, advances the understanding and capabilities of robotic subterranean locomotion.

Nicholas Naclerio, a graduate student researcher in the lab of UC Santa Barbara, said that the biggest challenge when it comes to moving through the ground is the forces involved, something the authors referred to in the abstract of their paper as well. “If you’re trying to move through the ground, you have to push the soil, sand or another medium out of the way,” Naclerio was quoted as saying by The Current, the official news site of UC Santa Barbara.

Many may find it surprising but this robot is not really a high-tech one and is made of airtight, ripstop nylon fabric. Naclerio said that the team drew inspiration directly from plant roots that grow from their tips to extend deep into the soil. So, when the robot extends from its tip, it avoids friction along its sides, and can then take any direction.

Besides plants, Naclerio said that the team also took inspiration from the southern sand octopus, which expels a jet of water to help burrow into the seafloor. Our robot blows air from its tip to fluidise the sand near its tip, which reduces the force it needs to burrow into the ground, he said. And a sandfish lizard, which uses its wedge-shaped head to burrow into sand, was the inspiration behind it.