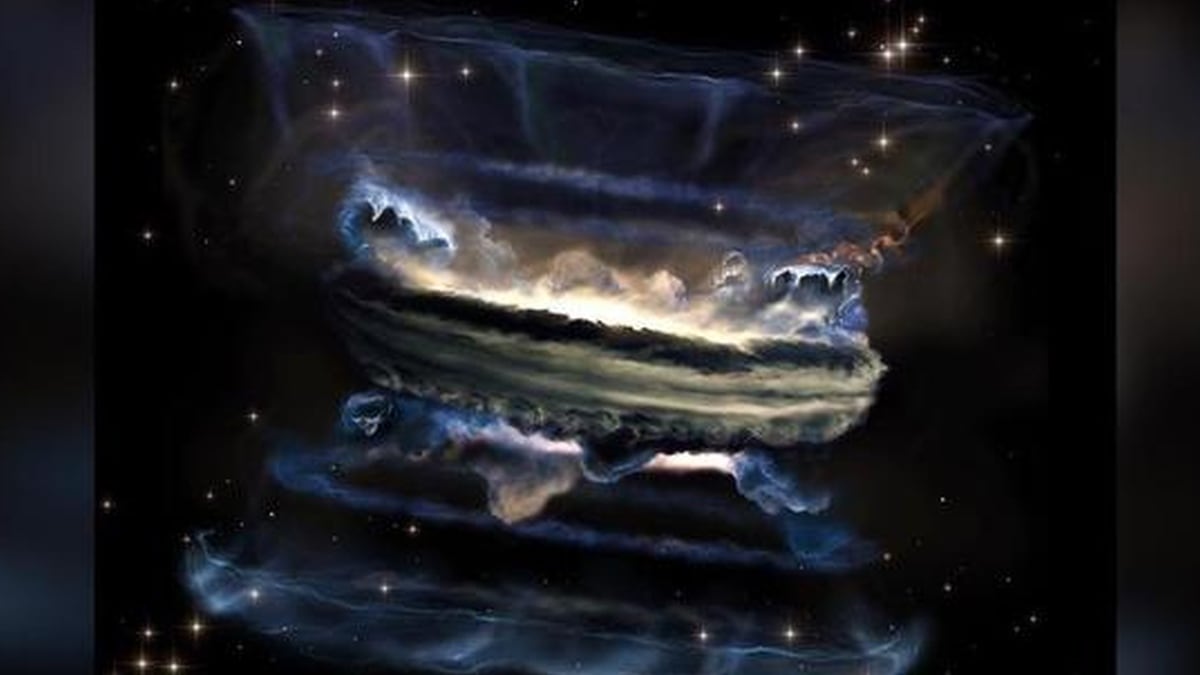 NASA astrophysicists have used computer simulation to demonstrate that tsunami-like structures may form on a large scale, deep into space when gas escapes the gravitational pull of a supermassive black hole. Not just that, researchers added that these supermassive black holes are capable of hosting the largest Tsunami-like structures in the universe.

On Sunday, in an Instagram post, NASA said that the relatively cooler atmosphere of the spinning desk can form waves — similar to the surface of the ocean — within the distance where the supermassive black hole loses its grip on the surrounding matter. “When interacting with hot winds (which can be 10x hotter than the sun) these waves can steepen into spiralling structures that can reach a height of 10 light-years above the disk,” NASA said.

The stunning illustration appears to be straight from a sci-fi thriller. It depicts a supermassive black hole veiled in dust and some strange features in the nearby gas. It said that these high-energy X-rays from the disk surrounding the black hole, interact with this gas, and give rise to two unusual features: Tsunamis (light blue “waves” above disk) and a Kármán vortex street (orange), as seen in the illustration.

In a note on its website, NASA said that simulations show how X-ray light coming from the plasma near the black hole first inflates pockets of heated gas within the atmosphere of the accretion disk beyond a certain distance from the active galactic nucleus. And then the heated plasma rises like a balloon, expands into and disrupts the surrounding cooler gas.

Researchers also said that new results contradict the longstanding theory of the spontaneous formation of clouds in the vicinity of an active galactic nucleus out of hot gas through the action of a fluid instability. Furthermore, they are against the idea that magnetic fields are needed to propel cooler gas from a disk into the wind.

The space agency said that future missions may pave the way for stronger evidence, but, until then, researchers will continue improving their models and comparing them with available data, caught in the whirlwind of this mystery.