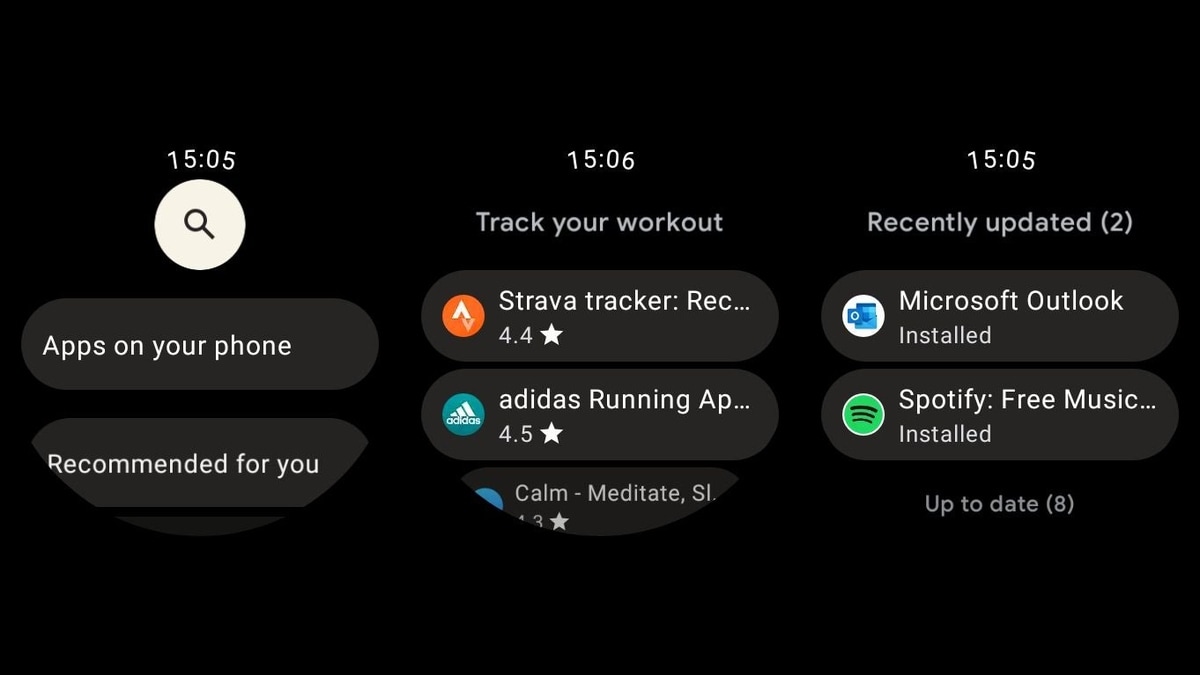 Google Play store has reportedly received an update on Wear OS 3.0 ahead of the official release. The update brings a new design to the user interface (UI) of the app marketplace on smartwatches running Google’s new OS. Google announced Wear OS 3.0 at its Google I/O event in May and said that it will be developed in collaboration with Samsung. The update appears to be rolling out to select users now and may take time for a wider rollout to all Wear OS smartwatches.

A post on Reddit by u/alehel shows that the Google Play store update for Suunto 7 smartwatch has a redesigned UI. The Reddit post was first spotted by 9to5Google. The new UI now displays items in pill-shaped cards, making the list of apps more compact. The cards have a contrasting Grey colour over a Black background that makes them more legible. The redesign also changes the colour of the search card from Green to White. It still retains its old method of listing apps with their logo on the left with their name followed by a star rating below it. The My Apps updates page also gets the same redesign.

WearOS received its last redesign in November 2019. The smartwatch OS received a design facelift and some tweaks. The redesign brought My Apps, Accounts, and Settings sections at the bottom of the main page, instead of the hidden pulldown menu. The rest of the UI for Google Play store didn’t receive many changes apart from a darker background.

Google announced during its Google I/O event in May that it is partnering with Samsung. The move signifies that Samsung will use Google’s Wear OS for its upcoming Galaxy smartwatches, ditching the Tizen platform. The Google-Samsung combination is expected to provide stiff competition to Apple who has been a dominating force in the smartwatch market.

It’s Google I/O time this week on Orbital, the Gadgets 360 podcast, as we discuss Android 12, Wear OS, and more. Later (starting at 27:29), we jump over to Army of the Dead, Zack Snyder’s Netflix zombie heist movie. Orbital is available on Apple Podcasts, Google Podcasts, Spotify, Amazon Music and wherever you get your podcasts.