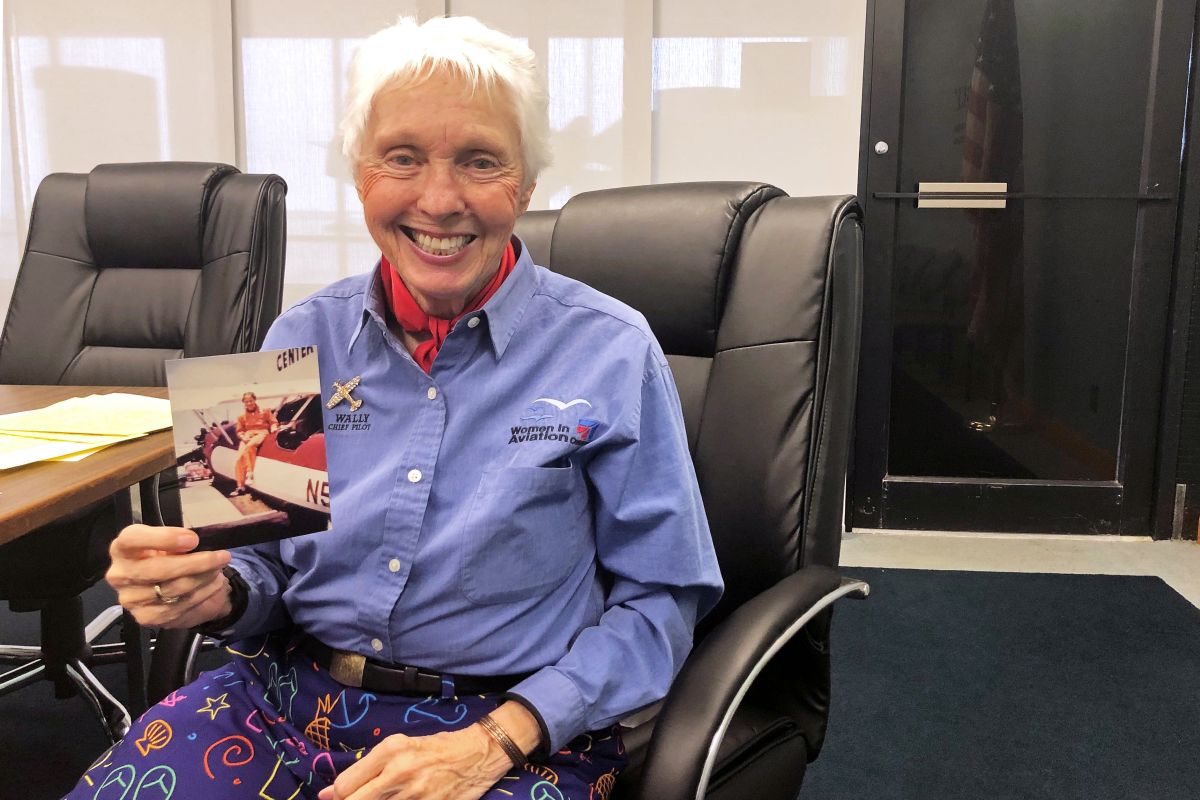 Amazon’s billionaire founder Jeff Bezos will be joined by Wally Funk, one of the 13 women who passed NASA’s astronaut training programme in the 1960s, on the first crewed flight into space from his rocket company Blue Origin later this month.

Funk, 82, will be the oldest person ever to travel into space, Blue Origin said in an announcement on Thursday.

“I didn’t think I’d ever get to go up,” Funk said in a video interview posted on the company’s website.

Funk, then a 21-year-old pilot, was the youngest of the 13 women who passed the same rigorous testing as the Mercury Seven male astronauts in NASA’s programme that first sent Americans into space between 1961 and 1963, but were denied the chance to become astronauts themselves because of their gender.

She was the first female flight instructor at a US military base and the first woman to become an air safety investigator for the National Transportation Safety Board.

She is due to join Bezos’ brother, Mark, and the winner of an auction aboard the New Shepard rocket as it ascends more than 62 miles (100km) above Earth into suborbital space. The passengers will experience a few minutes of weightlessness and be able to marvel at the planet’s curvature through viewing windows before the pressurised passenger capsule returns to earth under parachutes.

Bezos, the richest man on the planet, is stepping down as the chief executive of Amazon on July 5. He has been vying with fellow billionaires Elon Musk and Richard Branson to become the first to travel into space on a privately developed rocket.