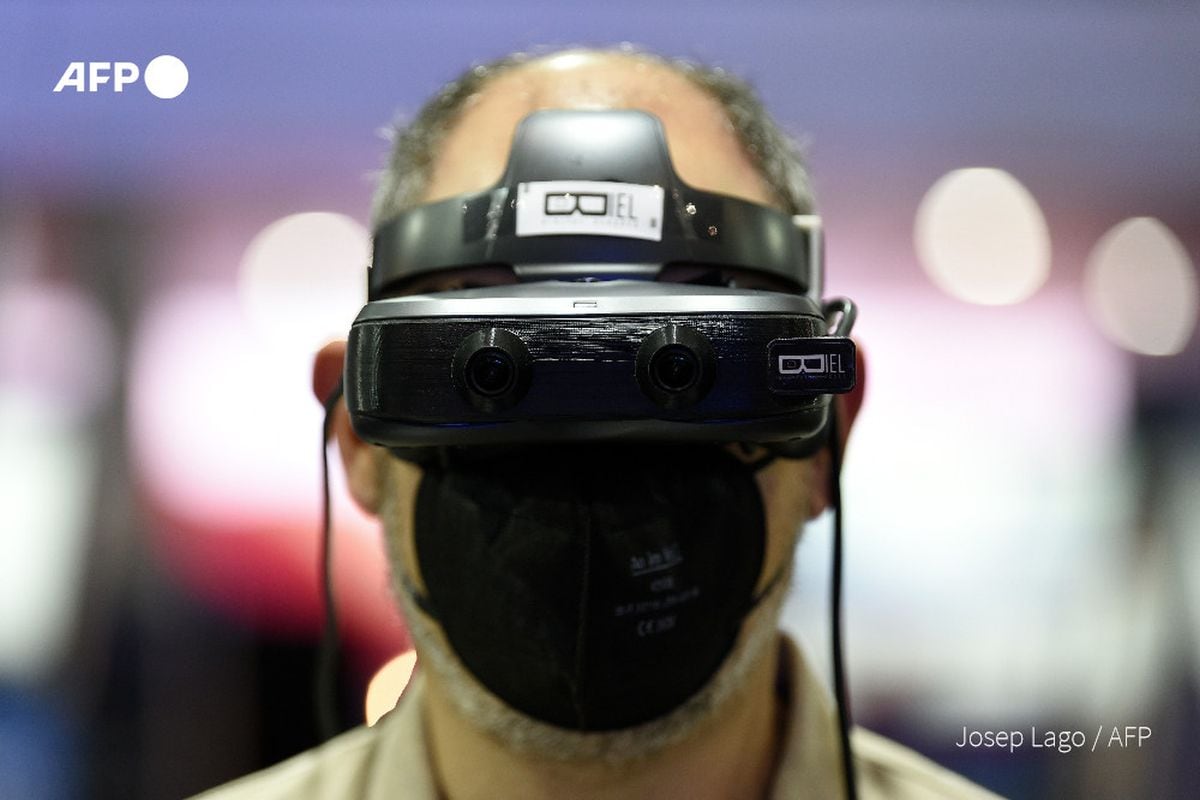 When their two-year-old son Biel started falling over a lot and had difficulty climbing stairs after learning to walk, Jaume Puig and his wife sought medical help to figure out the problem.

After visiting several doctors, the toddler was diagnosed with low vision, a condition far more common than blindness that makes daily tasks a challenge.

In Biel’s case, it was due to an optic nerve problem but the condition can also be caused by defects in the retina, brain or other parts of the visual system, or by conditions such as glaucoma or macular degeneration.

Low vision can’t be corrected with glasses or surgery. And while magnifiers can help with specific tasks like reading, there was no available technology to help the toddler get around.

So in 2017, Puig, a Spanish electrical engineer, and his wife Constanza Lucero, a doctor, founded Biel Glasses, a company which created a digital device to help those with low vision to move about safely on their own.

“There are canes and guide dogs. Nothing else. We got into this because we saw there was a need for it,” Puig, 52, told AFP at Barcelona’s Mobile World Congress (MWC), the telecom industry’s biggest annual gathering.

The headset is on display at the show.

A cross between gaming goggles and glasses, it creates a 3D image onto which text, graphics, and video can be overlaid upon real-world images.

It also uses AI to detect and signal obstacles.

Real-time visual warning
“We thought we could use these technologies to take advantage of the vision he does have so he can be more independent.

“Maybe we can’t cure him but we can help him,” said Puig of his son who is now eight.

When a wearer approaches an object blocking their path, a large red circle will appear on the screen warning them of the obstacle.

Developing the glasses cost EUR 900,000 (roughly Rs. 7 crores), of which the couple invested 65,000 euros of their own money, while the rest came from public institutions and crowd-funding.

They worked with a team of doctors and computer engineers, among them one of Spain’s top specialists on low vision, to create the product which has been approved for use in the European Union.

It is expected to go on sale in Spain and Denmark later this year.

The glasses, which need to be customised for the specific needs of each user, cost EUR 4,900 (roughly Rs. 4.3 lakhs).

Puig, who has founded several other technology startups, now hopes to add voice activation and a navigation system that works with Google Maps in future versions of the glasses.