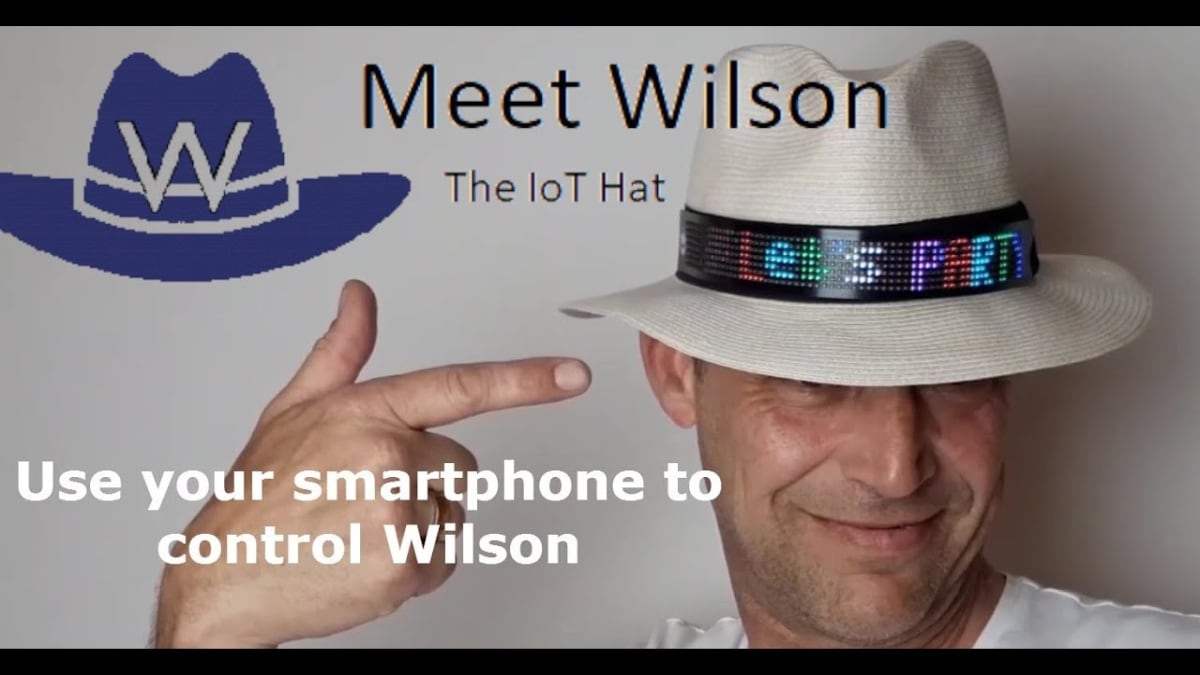 If you thought a smartwatch or a pair of smart glasses were the latest wearables in the market, this quirky hat will prove you wrong. We are talking about a DIY project that can be made at home if you are willing to follow a few steps. But before we get into how it’s made, let’s delve a bit deeper into Wilson – the IoT hat. Olivier Zegeling, the creator of the hat, says that the wearer can control it with a smartphone. “You can even have the hat display incoming SMS messages,” says Zegeling.

Zegeling has posted a video on YouTube in which he is seen wearing Wilson and demonstrating how it functions. In a 27-second video, Zegeling types a message, “Let’s party” on his mobile phone and it displays the same thing on the multicolour LED matrix used on the hat. “I have used #Arduino Nano, a Bluetooth module, and a flexible Led-strip in this build. Cheap and easy,” says Zegeling.

The maker of the hat has also shared instructions for technology enthusiasts who want to try making something similar at home. Zegeling says the hat is equipped with a multicolour LED matrix and some electronics. Besides, it comes with a smartphone app to control it. Not only can the wearer display messages in different styles using their smartphone, but also show incoming text messages, he says.

But it’s not just fun and games. Since such a product can easily be abused, Zegeling says, “To prevent abuse (you don’t want to send out nasty messages) a blacklist function is present, and an auto-reply function is available (and lot’s of fun) (sic).” It’s easy to build since its programming is straightforward, says Zegeling.

A single 9V battery powers an Arduino Nano microcontroller board, an HC-05 Bluetooth module, and an LED matrix. While the LED matrix is at the top of the hat for obvious reasons, some of the other components are internally placed, with not a single wire sticking out. All you need are some shrink sleeves and glue to stick it under the top of the hat.

Zegeling has published a slightly longer explainer on how he created Wilson – the IoT hat on Instructables, a website that specialises in user-created DIY projects.

You, too, can try fashioning a hat of your own and name it anything you wish.