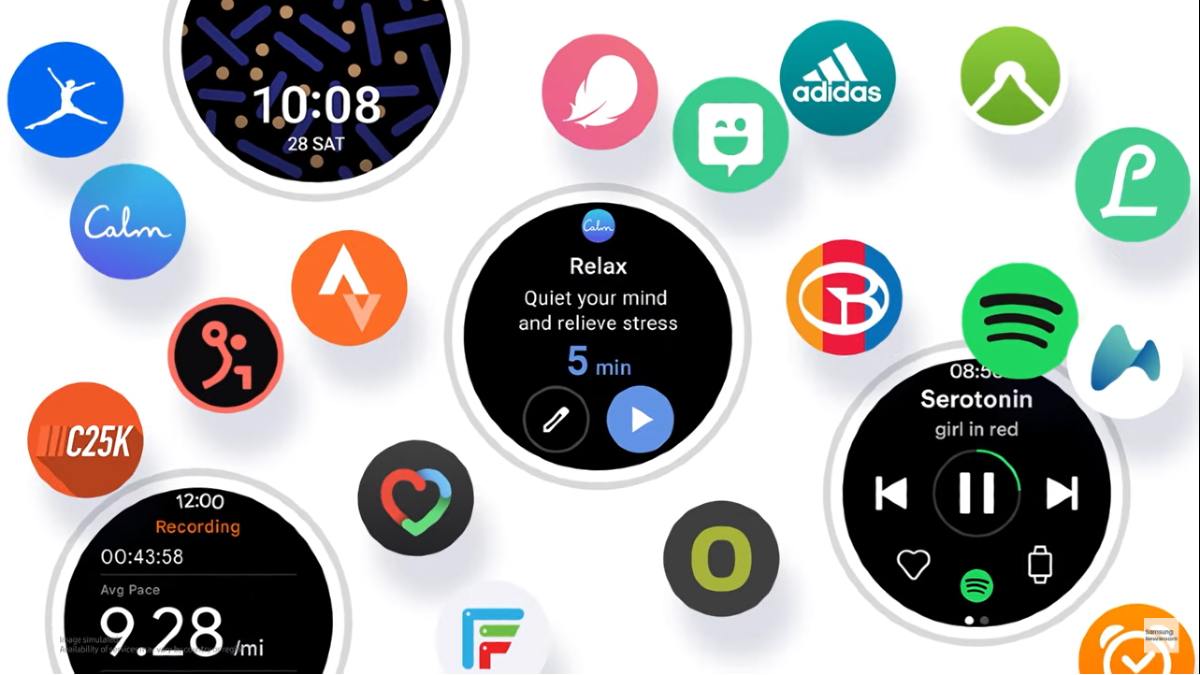 Samsung has unveiled the new One UI Watch software for its upcoming Galaxy Watch portfolio at MWC 2021. This new experience has been built on top of Google’s Wear OS platform, enabling Samsung to integrate a host of features including syncing of settings and clock time with a smartphone, and offering access to a host of watch-compatible apps that weren’t available to the Galaxy Watch portfolio before. Samsung has said that a new Galaxy Watch based on the freshly announced One UI Watch, presumably the Galaxy Watch 4, will be unveiled at a dedicated ‘Unpacked’ event later in the year.

The Google and Samsung partnership for One UI Watch will open up access to tons of third-party apps for Galaxy Watch users. This was one of the biggest drawbacks of the Tizen OS powering previous Galaxy smartwatches. Sports apps like Adidas Running, GOLFBUDDY, Smart Caddie, Strava, and Swim.com, wellness apps like Calm and Sleep Cycle, music apps like Spotify and YouTube Music, and navigation apps like Google Maps will now be available for new Galaxy Watch buyers.

Samsung has also announced a new watch face design tool for One UI Watch, enabling designers to create new watch faces. “Later this year, Android developers will be able to unleash their creativity and release fun, new designs that will be added to Samsung’s ever-growing collection of watch faces to give consumers even more options for customizing their smartwatches to suit their mood, activity and personality,” according to a Samsung statement on the launch.

The new One UI Watch experience is likely to arrive with the rumoured Samsung Galaxy Watch 4. It is anticipated to launch alongside upcoming foldable phones at a dedicated ‘Unpacked’ event on August 3. The Galaxy Watch 4 is tipped to have a circular build and also a bioelectrical impedance analysis (BIA) sensor for monitoring body composition. This may come alongside real-time heart rate monitoring and blood oxygen saturation (SpO2) tracking. The Samsung Galaxy Watch 4 may also come in 40mm and 44mm sizes as well as include 5ATM water resistance, MIL-STD 810G durability, and Gorilla Glass DX+ protection.