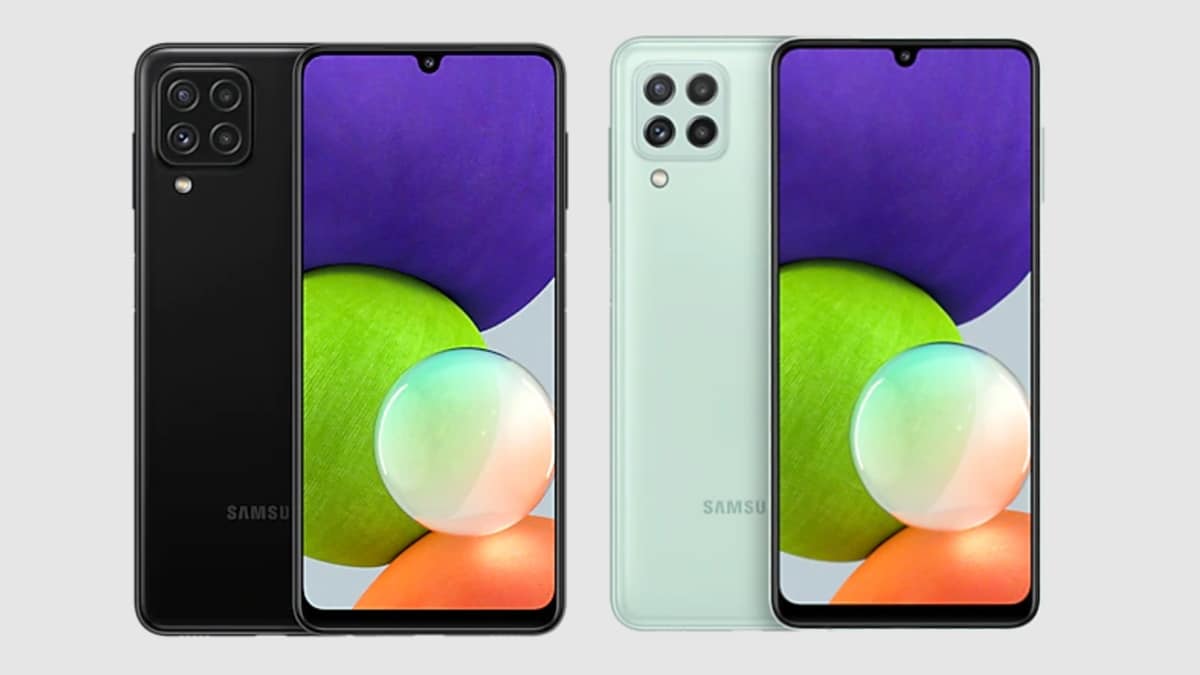 Samsung Galaxy F22 smartphone may be launched in India in the second week of July, as per a report. Samsung is reportedly bringing both 4G and 5G variants to India. Previous reports have suggested that the Galaxy F22 smartphone is a rebadged version of the Galaxy A22 handset whose 4G and 5G versions were launched in Europe earlier this month, and its 4G variant had recently gone on sale via offline stores in India, before being listed on the company site. Additionally, a report also said that the Galaxy F22 and Galaxy A22 smartphones have appeared under the same Bluetooth SIG listing.

Citing industry sources, 91Mobiles reports that Samsung Galaxy F22 will be a mid-range smartphone, and will purportedly be the fourth offering in Galaxy F-series devices to launch in India this year. Samsung launched the Galaxy F02s and Galaxy F12 smartphones in April, and Galaxy F62 in February. As mentioned, this smartphone is said to be a repackaged version of the Galaxy A22 which the company launched in Europe.

Additionally, the 91Mobiles report claims that the Samsung Galaxy F22 will be launched in both 4G and 5G variants in India. It is to be noted that the South Korean company launched both the Galaxy A22 and Galaxy A22 5G in Europe. In India, the 4G variant of the Galaxy A22 reportedly went on sale via offline stores last week, before this week being listed for sale on the company’s India site at Rs. 18,499. Samsung has not revealed any details about the Galaxy F22, but if the phone does turn out to be a rebranded Galaxy A22, we know what to expect from the phone.

Samsung Galaxy F22 5G may feature a 6.6-inch full-HD+ display with a 90Hz refresh rate. The phone may be powered by a MediaTek Dimensity 700 SoC, paired with up to 8GB of RAM. The handset is said to pack a triple rear camera setup with a 48-megapixel primary sensor, a 5-megapixel sensor with an ultra-wide-angle lens, and a 2-megapixel depth sensor. The front camera in the waterdrop notch is expected to have an 8-megapixel sensor. The phone may get a side-mounted fingerprint scanner, and a 5,000mAh battery with support for 15W fast charging.

The 4G variant of the Samsung Galaxy F22 may come with a 6.4-inch HD+ Super AMOLED display with a 90Hz refresh rate. Under the hood, it could have MediaTek Helio G80 SoC with up to 6GB of RAM. The handset is expected to pack a quad-rear camera setup headlined by a 48-megapixel primary sensor with optical image stabilisation (OIS), an 8-megapixel sensor with an ultra-wide-angle lens, a 2-megapixel depth sensor, and a 2-megapixel macro shooter. Buyers may get a 13-megapixel selfie shooter. The battery is expected to be the same as the 5G variant.