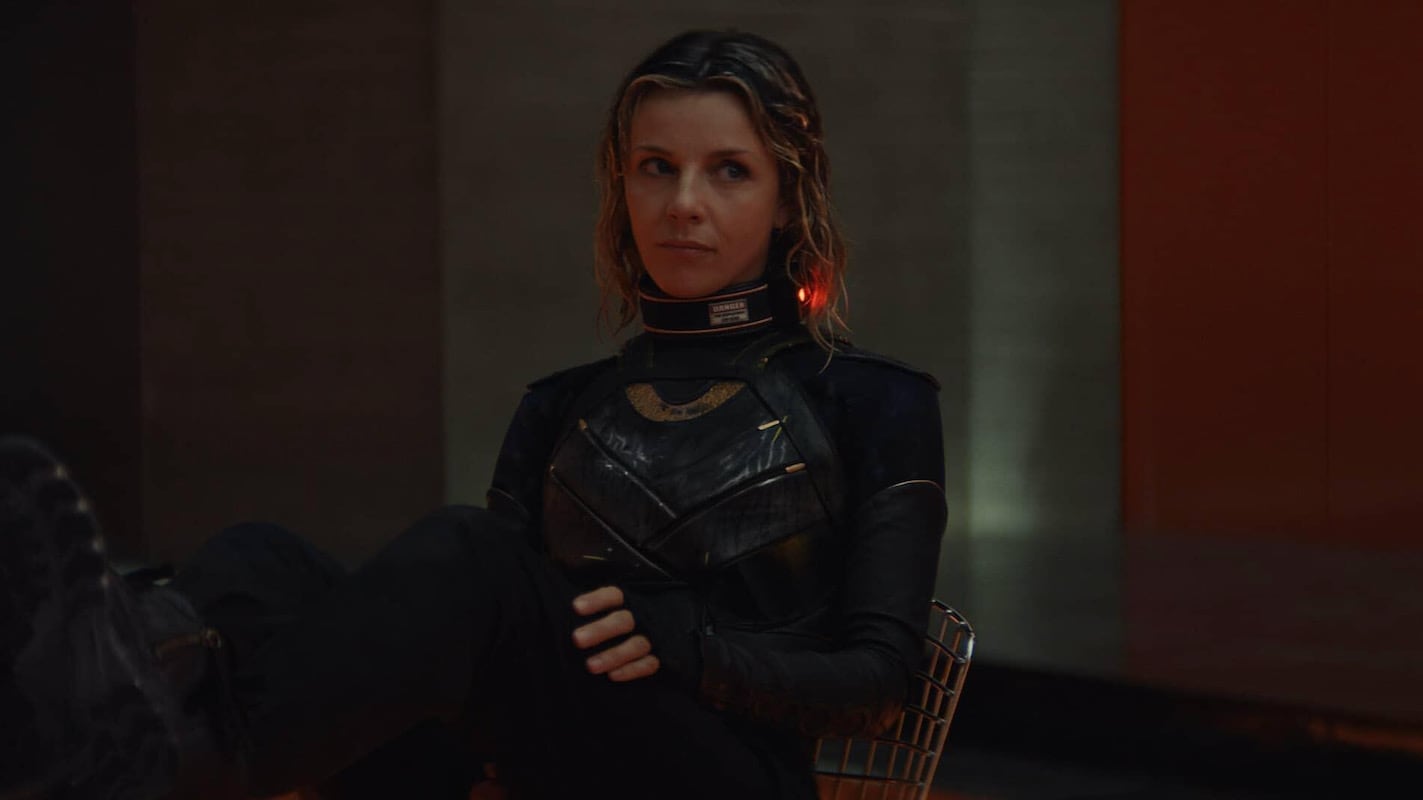 Loki episode 4 — out now on Disney+ and Disney+ Hotstar — just turned the new Marvel series on its head. Keep reading for our recap, unless you’re worried about spoilers. Sylvie’s (Sophia Di Martino) reveal, from Loki episode 3, that those who work for the Time Variance Authority are time variants like Loki (Tom Hiddleston) and herself, was at the heart of everything. It sparked realisations, revelations, and rebellions at the TVA — first with Hunter B-15 (Wunmi Mosaku) and then Mobius (Owen Wilson). It also led to the truth about the all-powerful Time Keepers, and a further mystery about the real authority behind the TVA. And it told us that there lies a land beyond death in the TVA — or pruning, as it’s called — though you might have missed that if you didn’t stick around for the Loki episode 4 mid-credits scene.

At the same time, it undercut the Loki episode 4 ending, as this Loki variant isn’t gone for good, but just somewhere else. Additionally, it also undermines the emotional wallop of seeing Mobius being pruned earlier in Loki episode 4. If there is a place beyond, then this Mobius variant too is with other Mobius variants. And because Loki needs Hiddleston around and will find a way for him to return, Mobius can be brought back as well.

Loki episode 4 — titled “The Nexus Event”, directed by Kate Herron, and written by Eric Martin — opens in Asgard where a young Sylvie (Cailey Fleming) is arrested for crimes against the sacred timeline. How can an innocent kid playing by herself disrupt the timeline? It’s a great way to get the Loki audience on Sylvie’s side, showcasing how brutally the TVA operates. But at the TVA, just as she’s brought in front of a judge, the young Sylvie escapes from Ravonna Renslayer (Gugu Mbatha-Raw) who was still a Hunter at this point. Sylvie has been running ever since, it seems, and this Loki episode 4 open sets up why Sylvie hates the TVA so much. Her whole life was ruined. Back in present day, the older Ravonna, reflecting on those days, goes to see the Time Keepers.

After she comes out of the golden elevator, Ravonna is accosted by Mobius in Loki episode 4, as he wants to know what happened to Hunter C-20 (Sasha Lane) who was captured by Sylvie earlier. Ravonna, who is clearly hiding something, tells Mobius that C-20 went cuckoo and is now dead. But now that we know that she was a regular person on Earth, it’s obvious that there’s more it than Ravonna is letting on. Add to that the fact that Ravonna asks Mobius to keep this between themselves.

Back to Lamentis-1 where Loki episode 3 left off, as Sylvie and Loki accept imminent death. Sylvie tells Loki about her past that we just saw: she’s been running all her life because she wasn’t supposed to exist. At the TVA meanwhile, Hunter B-15 and Mobius are tracking any stirrings on the timeline. B-15, who seems a little off — Sylvie took over her for a bit in Loki episode 2 — asks Mobius about C-20, but he says he doesn’t know anything. Back on Lamentis-1, Sylvie wonders if their ability to lose over and over is what makes them “Loki”. In a bid to be optimistic as they go out, Loki posits that they survive no matter what. That’s what makes them “Loki”. There’s a moment of real connection, which causes a disruption in the timeline, and helps TVA to nab them (and save them from Lamentis-1).

Thrown into two different time theatres, Loki episode 4 briefly finds itself in a similar situation as with the first two episodes of the Marvel series. Mobius is upset that Loki betrayed him, and just before he’s thrown into a Time Cell, Loki tells Mobius that the TVA is lying to him. Of course, Mobius is not keen to believe Loki, given his betrayals. Inside the Time Cell, Loki is confronted by an angry Lady Sif (Jaimie Alexander) — for cutting her hair, it seems. She calls him a “conniving, craven, pathetic worm”, slaps him in the face, hits him in the groin, punches him, and then walks away. Loki wonders if he’s stuck in bad memory prison, but it turns out to be Sif in a time loop. She comes in, and no matter what Loki tries, he ends up being slapped, hit, and punch regardless.

Elsewhere on Loki episode 4, Mobius has gone to Ravonna because he wants to speak with Sylvie too. He thinks he can figure out what caused the nexus event back on Lamentis-1 faster if he speaks with both Loki variants. But Ravonna won’t let him do that. Mobius meets B-15 outside, and after failing to get into Sylvie’s time theatre, he tells her that Loki said the TVA is lying to them. That further sparks something in B-15 who’s clearly begun doubting things around her.

After Loki makes good with Sif in the Time Cell, Mobius enters and brings Loki back out. Loki has no interest in talking to Mobius about what he’s up to, but his tune changes after Mobius threatens to throw him back in (time) prison. Loki claims to be the mastermind all along and that Sylvie is just a pawn. Mobius has tricks of his own too though, and says Sylvie has been pruned. This stirs something in Loki even as he says “good riddance”. Mobius chuckles, realising that Loki has fallen for himself: a sick, twisted romantic interest. It’s kind of perfect that a narcissist would fall for his kind. Loki has been trying to get to the truth about TVA though all along — and finally, he just blurts it out.

Sidebar: this feels like it’s setting up a multiverse. After all, how will Mobius, B-15 and all the Hunters and analysts react once they find out that the sacred timeline they protect comes at a huge cost to their own (past) lives? If the TVA’s dedicated workforce really are time variants, then it seems Loki should end with the end of TVA. In turn, that will lead to multiple timelines. This should all lead very nicely into next year’s Doctor Strange in the Multiverse of Madness.

As Loki episode 4 progresses, it appears to be kick starting that. B-15 finally takes a leap of faith with Sylvie. Returning back to the Roxxcart apocalypse, B-15 wonders about what Sylvie showed her earlier. They were your memories. B-15 thinks she’s lying — why wouldn’t you? — but Sylvie admits she can’t create memories, she can only use what’s already there. B-15 then asks Sylvie to do it again. “I looked happy,” B-15 says as she comes out of the enchantment. “What now?”, she asks. They are clearly going to upset things at the TVA.

Meanwhile on Loki episode 4, Mobius and Ravonna are celebrating with a drink what with Loki’s case being closed. But Mobius too has been stirred after Loki’s repeated prods about the TVA lying to them. He questions Ravonna again about C-20 and Loki, but Ravonna doesn’t give him a straight answer. She says she was just trying to protect Mobius, emphasises the “uncommon friendship” they share, and then goes on about the important work they do at the TVA. Mobius, who has had experience with lying Lokis, catches onto Ravonna it seems. He switches the TemPads and then makes an excuse to get away.

Using Ravonna’s TemPad, Mobius discovers what C-20 said in her interrogation — the same thing that Loki said to his face, that everyone at the TVA has had a past life. Convinced that the TVA is lying to him, Mobius goes into the Time Cell to team up with Loki, but as they come out, they are confronted by Ravonna (and a bunch of Hunters) who figured out that Mobius switched TemPads. She orders Mobius to be pruned — oh my — and Loki is taken away. Ravonna rounds up a drenched Sylvie too before taking them both to see the Time Keepers. In the elevator, Sylvie asks Ravonna what her nexus event was as a child. Ravonna says she doesn’t remember, which has got to hurt. Imagine losing your whole life for something the TVA can’t even recall.

And for the first time in the series’ history, Loki episode 4 finally gives us a look at the three space lizards — sorry, Time Keepers. Before they are pruned, the Time Keepers want to know what Loki and Sylvie have to say for themselves. Loki is tired of being killed over and over, so he just wants them to be done with it. “Do your worst,” he adds. Sylvie, on the other hand, calls them scared. “You’re a cosmic disappointment,” one of the Time Keepers retorts. Just then, B-15 enters via the elevator and throws Sylvie a sword. Multiple fights begin while the Time Keepers just watch, before Loki and Sylvie emerge victorious. Sylvie then decapitates one of the Time Keepers, who turn out to be “mindless androids”.

Loki Episode 2 Recap: Say Hello to the Other Loki

Sylvie is disappointed that her entire life has come to this worthless moment. Loki, realising what Mobius said to him earlier about how their shared connection caused a nexus event on Lamentis-1, tries to confess his love for Sylvie. But right before he can finish his point, he gets pruned by Ravonna. Sylvie immediately turns the glowstick on Ravonna, who’s happy to die for the cause, but she has another idea. “No, you’re gonna tell me everything,” Sylvie adds as Loki episode 4 cuts to credits.

But that’s not technically the end of Loki episode 4. Deep into the credits after the Loki title card drops, we cut to Loki lying on the ground somewhere. Loki naturally wonders if he’s dead and in hell, but he’s then told by an older Loki (Richard E. Grant) — who’s standing next to a kid Loki (Jack Veal) and a black Loki (DeObia Oparei) — that he will be, unless he comes with them.

Loki episode 4 is now streaming on Disney+ and Disney+ Hotstar. New episodes release every Wednesday around 12:30pm IST/ 12am PT.

Going Viral: $1B Startup Aims to Revive Extinct Dodo
Union Budget 2023-24: When and Where to Watch the Live Speech by FM Nirmala Sitharaman
Lucid Takes On Tesla With New Electric Vehicle
#tesla vs #ford – the ev price war has begun. #technology #shorts
Tesla Falls to a Session Low