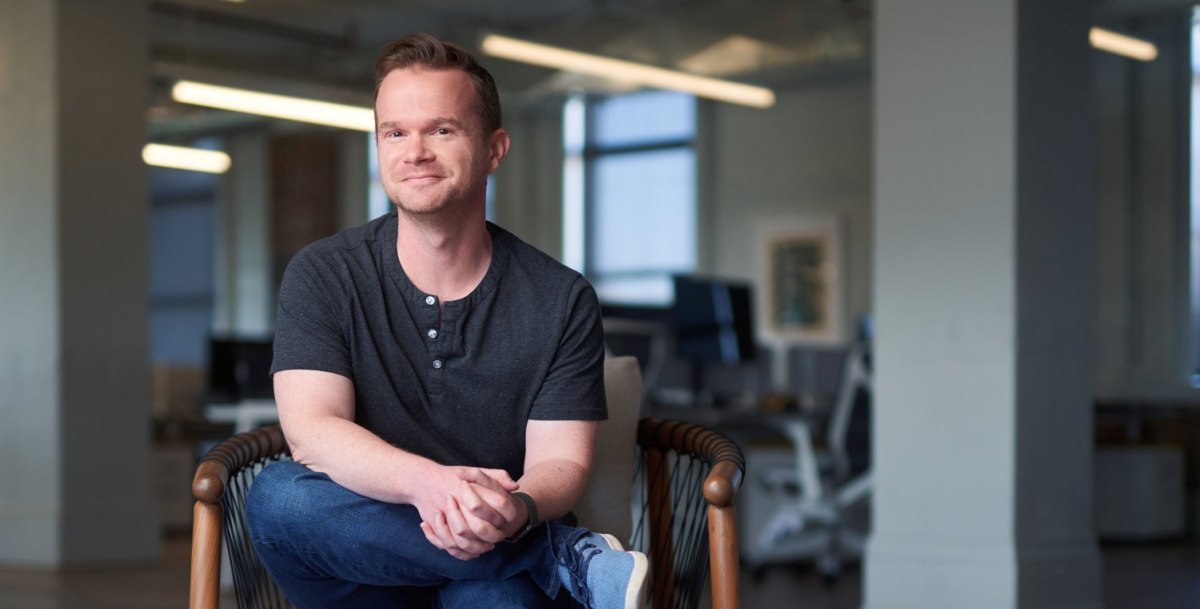 Fishtown Analytics, the company behind an open source “analytics engineering” tool called dbt (data build tool), today announced it has rebranded as Dbt Labs and raised $150 million in a series C round of funding at a $1.5 billion valuation.

Analytics engineering, for the uninitiated, is a relatively new role that describes the process of taking raw data after it enters a data warehouse and preparing it for analysis. The role itself serves as a bridge of sorts between the data engineering and data analytics spheres, requiring them to transform data into a usable form that can be easily queried by others (e.g. marketers) at the company. Dbt Labs juxtaposes the role against that of a data analyst in this description:

Founded out of Philadelphia in 2016, Dbt Labs has spent the past five years designing a toolset to help data analysts “create and disseminate organization knowledge,” as it puts it. This has largely meant offering consulting services on top of the open source dbt project, which is used by major companies including HubSpot, GitLab, and JetBlue.

But what is dbt, exactly? In a nutshell, dbt is a command-line tool that enables data analysts to transform raw data by writing dbt code in their usual text editor, and then invoking dbt from their command line. Dbt then compiles the code into SQL and executes it against the company’s database. Thus, dbt is a development environment that “speaks the preferred language of data analysts” (that’s SQL, in case you were wondering).

Above: User interacting with dbt

For context, a modern enterprise data stack comprises myriad components, spanning data ingestion tools such as Fivetran and cloud-based data warehouses such as Snowflake and Google’s BigQuery. Data can be “transformed” on entry to the data warehouse as part of a process known as “extract, transform, load” (ETL), which is where companies such as Matillion come into play.  But data can also be transformed later by running SQL scripts directly in the warehouse, through a process that is known as “extract, load, transform” (ELT). The latter achieves faster loading times but requires more processing power as the data needs to be transformed on-demand — that is where the power of modern analytics databases such as Snowflake and BigQuery really shine.

Put simply, dbt is the “T” in ELT — it’s built to transform data that already lives in a data warehouse. “Dbt is a key piece in the modern data stack — it connects to the cloud data platform and leverages all the computing power of these platforms to transform, test, and deploy data sets,” Dbt Labs CEO and cofounder Tristan Handy told VentureBeat.

Post-transformation, companies can use these datasets for whatever they wish, be it to train machine learning models or to feed into business intelligence (BI) tools such as Tableau or Looker.

The story so far

According to Handy, he developed dbt initially based on his own experiences as a data analyst.

“I worked as a data analyst for a decade-and-a-half and was always slowed down by terrible workflows — emailing spreadsheets back and forth, downloading massive .CSV files, saving SQL files on my desktop,” he said.

Fast-forward five years, and Handy said that dbt adoption has grown 200% each year since its launch, and in Q1 2021 his company’s enterprise revenue doubled year-on-year. The main driving force behind this, as is seemingly the case with just about every new technology these days, is the rapid transition from on-premises infrastructure to cloud computing — in this case, cloud-based data platforms such as Databricks, BigQuery, Snowflake, and Amazon Redshift.

“The big shift for our industry is the transition to the cloud,” Handy said. “The modern cloud data platforms are all a fundamentally new class of ‘thing’ that was simply not possible in the on-premises world of a decade ago. Data grows very quickly, and processing workloads on top of that data are highly variable. Both of these factors mean that the elasticity of the cloud is just supremely important, and it’s our belief that all — or appreciably all — data workloads will migrate to the cloud in the coming decade.”

The scalability and elasticity afforded by the cloud opens the doors to things that just weren’t an option before, such as the ability to perform data transformation in the warehouse, which speeds things up greatly.

“The fundamental unlock of the cloud has meant that performance became much less of an issue, which has enabled data analysts to take over the entire insights-generation process,” Handy continued. “This has, in turn, led to the rise of analytics engineering — the practice by which analysts construct modern pipelines on top of cloud data platforms.”

Show me the money

Prior to now, Dbt Labs had raised around $42 million, the entirety of which came in the past 14 months across two separate rounds of funding. With its latest cash injection — which was led by Sequoia Capital, Andreessen Horowitz, and Altimeter — the company said that it will double down on the development of its core open source platform.

“Right now our focus is on improving our core offering and supporting its exponential growth as the foundation of one of the highest-growth areas in all of enterprise software,” Handy said. “We also have our eye on some experimental new areas of product development, but nothing we’re ready to share yet.”

As for the rebrand, well, that also makes a great deal of sense given how Fishtown Analytics and dbt have evolved over the past five years. Initially, dbt was purely an open source product with no commercial component — Fishtown Analytics was the project’s primary contributor and user, and it sold consulting services on top of the open source project. In the intervening years, however, dbt gained its own premium Team and Enterprise plans, which include API access, single sign-on, professional services, and more. For this reason, there is no need for two separate “brands” monetizing the same product, something which could also cause confusion.

“This confusion was a big motivator for changing our name from Fishtown Analytics,” Handy said. “In renaming the company, we’re making a statement of both our relationship to dbt — which we created and maintain — and commitment to its long-term success.” 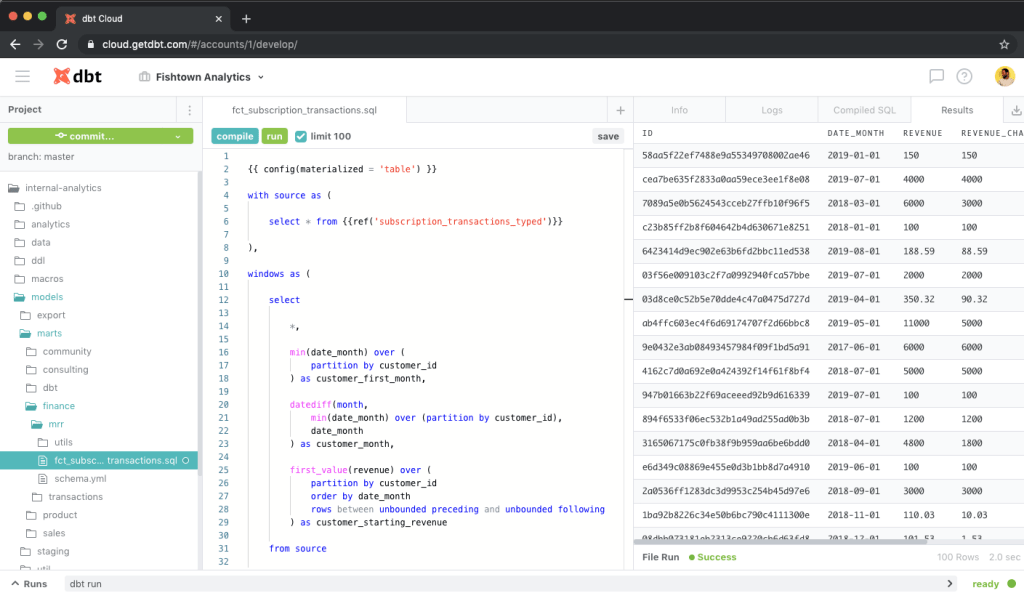 According to Dbt Labs, there are some 15,000 “data professionals” in the dbt community Slack, 5,500 companies using dbt, and 1,000 dbt cloud customers who pay for centralized access through a web-based interface.

However, given that dbt is released under a permissive Apache 2.0 license, this means that there are very few restrictions on how the broader commercial world adopts it. So couldn’t this mean that other deep-pocketed companies could look to build on top of dbt? It very much could, which is partly why Dbt Labs has chosen to raise another sizable chunk of funding so soon after the previous two rounds.

“Dbt drives a tremendous amount of usage across several of the major cloud data platforms — that makes dbt and its community very strategic for these platforms,” Handy said. “We also know that the major cloud providers love selling managed versions of open source software. Put those two things together and our expectation is that at least one, if not more, of the cloud platforms will launch some sort of managed dbt service in the coming year. Our space is heating up, and this forces us to accelerate our ability to build differentiated products. That’s why we raised again.”