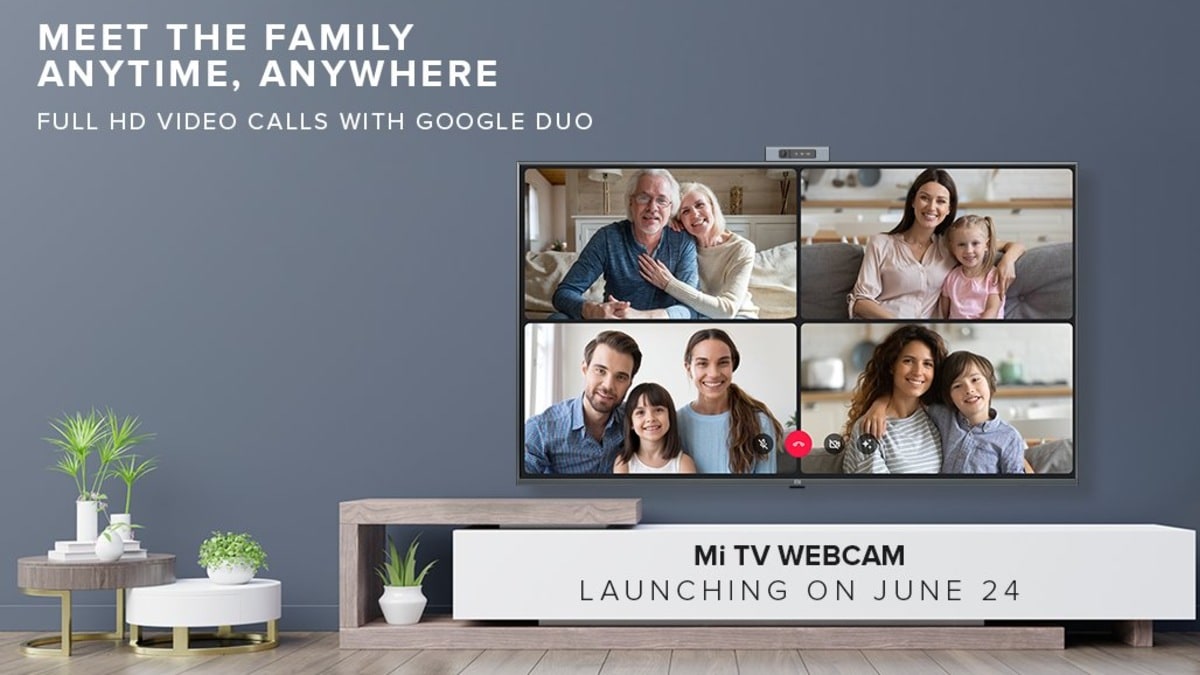 Mi TV Webcam is set to launch in India on Thursday, June 24, Xiaomi announced on Monday. The new device will come as an accessory for smart TVs to enable them with full-HD video calls. Mi TV Webcam will have 3D noise reduction and far-field microphones, Xiaomi revealed. The requirement of a webcam for smart TVs has emerged due to the fact that people are largely staying indoors due to the ongoing coronavirus-induced pandemic. Several companies, including OnePlus, also recently brought proprietary webcam modules for their smart TVs.

In addition to its tweet, Xiaomi created a dedicated microsite for the launch that shows Mi TV Webcam with features including dual far-field microphones and a physical privacy shutter. The device also has a grip for clipping on the TV.

Although Xiaomi did not provide any further details about the Mi TV Webcam, a tipster (@heyitsyogesh) tweeted that the device will essentially be identical to the OnePlus webcam that was launched alongside the OnePlus U1S TV earlier this month. The tipster said that both webcams were developed by manufacturer Seevo, with the only difference between them being the distinct branding on the privacy shutter.

Mi TV Webcam is also claimed to come under a price tag of Rs. 2,500. To give some perspective, OnePlus TV webcam was launched at Rs. 2,499.

It is currently unclear whether Mi TV Webcam would be exclusive to Xiaomi’s Mi TV portfolio or if it will also work with other smart TVs. However, the tipster said that the webcam has a USB Type-C port on the connectivity front.