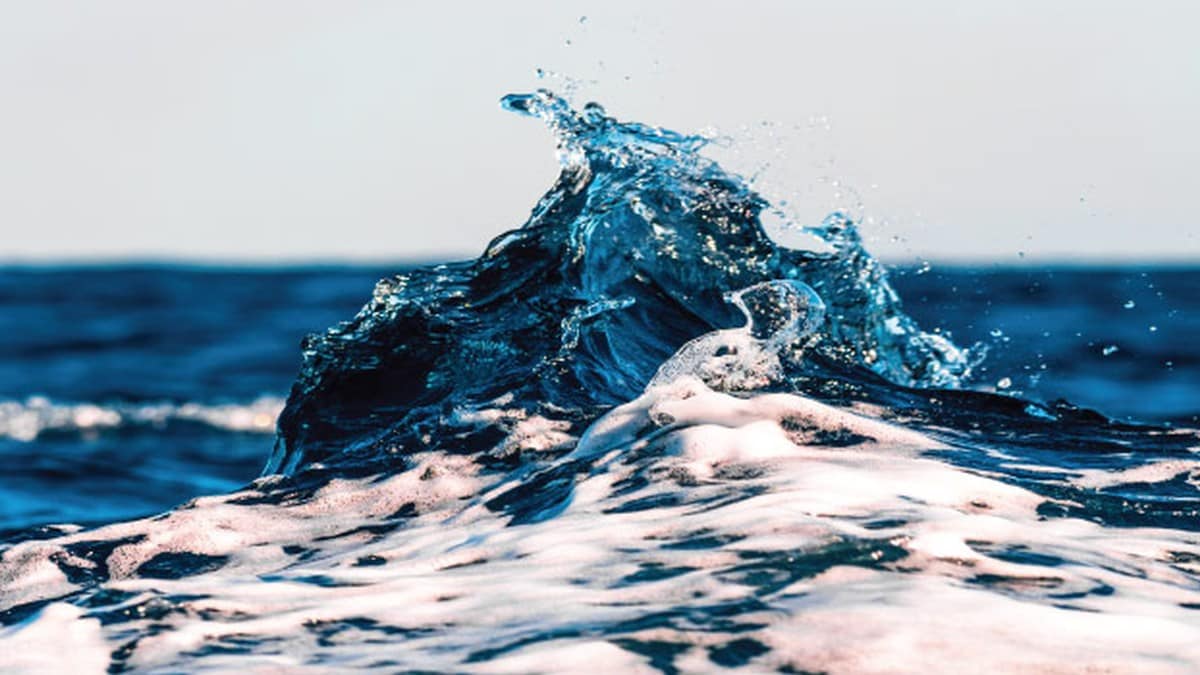 A team of researchers has developed a new, economically viable system to extract lithium from seawater, while also creating freshwater. The demand for lithium — an extremely crucial element used in batteries that power electric vehicles — has been soaring for quite some time now and its land-based reserves are likely to be exhausted by 2080. But a team of researchers at the King Abdullah University of Science and Technology (KAUST) in Saudi Arabia has devised a system that’s not just cost-effective but also helps extract high-purity lithium from seawater.

The researchers designed an electrochemical cell containing a ceramic membrane made from lithium lanthanum titanium oxide (LLTO). They said that its crystal structure contains holes just wide enough to allow lithium ions to pass through but block larger metal ions like sodium, magnesium, and potassium that are present in much higher concentrations — the reason why extracting lithium from seawater has been such a challenge.

Zhen Li, who developed the cell, said that it was the first time that LLTO membranes were used to extract and concentrate lithium ions

How does it work

The electrochemical cell designed by the team contains three compartments. Seawater flows into a central feed chamber, where positive lithium ions pass through the LLTO membrane into a side compartment that contains a buffer solution and a copper cathode coated with platinum and ruthenium. Negative ions, meanwhile, leave the feed chamber through a standard anion exchange membrane and pass into the third compartment, which contains a sodium chloride solution and a platinum-ruthenium anode.

The team tested their new system on water from the Red Sea. At a voltage of 3.25V, they said that the cell generated hydrogen gas at the cathode and chlorine gas at the anode. This drives the movement of lithium through the LLTO membrane, where it accumulates in the side-chamber.

This lithium-enriched water then becomes the feedstock for four more cycles of processing, eventually reaching a concentration of more than 9,000ppm (parts per million). And finally, adjusting the pH of this solution would deliver solid lithium phosphate, containing mere traces of other metal ions, but pure enough to meet battery manufacturers’ requirements.

Scientists said that oceans contain about 5,000 times more lithium than land reserves, but they are at extremely low concentrations of about 0.2 ppm. Besides, as mentioned, larger ions, including sodium, magnesium, and potassium, are also present in seawater and at much higher concentrations. But the electrochemical cell designed by Zhen Li and his team addresses the issue by successfully extracting lithium from the water from the Red Sea.

“We will continue optimising the membrane structure and cell design to improve the process efficiency,” EurekAlert quoted Zhiping Lai, the group leader, as saying.

To extract 1 kilogram of lithium from seawater, researchers estimate the cell would need only about $5 (roughly Rs. 365) worth of electricity, which can be easily offset by the value of hydrogen and chlorine produced by the cell. The residual seawater could be used in desalination plants to provide fresh water, they said.

Lai’s team hopes to collaborate with the glass industry to produce the LLTO membrane on a large scale and at an affordable cost.