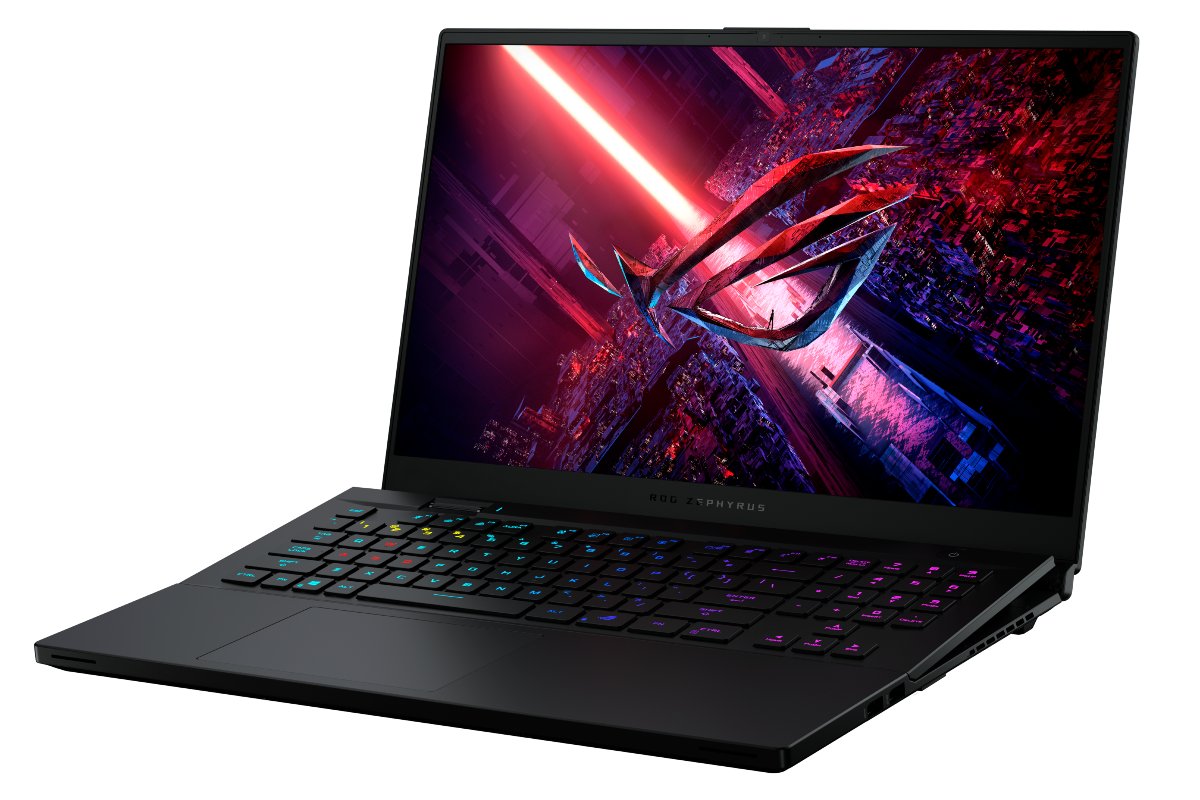 Asus ROG Zephyrus S17, Asus Zephyrus M16, Asus TUF Gaming F15, and Asus TUF Gaming F17 gaming laptops have been launched in India, based on the 11th-generation Intel Core H-series processors. The new Asus laptop models come with Nvidia GeForce RTX 30-series GPUs. There is also fast charging support that is touted to power up the battery from zero to 50 percent in 30 minutes. The laptops also include faster refresh rate. In the new series, the TUF Gaming F15 and TUF Gaming F17 laptops also offer a military-grade build. The ROG Zephyrus S17 and Zephyrus M16, on the other hand, come with a slim profile.

Last month, Asus announced the global debut of the ROG Zephyrus S17 and Zephyrus M16 at its virtual ‘For Those Who Dare’ event.

The Asus ROG Zephyrus S17 laptop features a 17.3-inch display with UHD resolution at 120Hz and QHD at 165Hz configuration options. The laptop is powered by 11th-generation Intel Core i9-11900H processor, along with Nvidia GeForce RTX3080 GPU (16GB GDDR6 dedicated memory) and support for up to 48GB DDR4 SDRAM. There is also up to 2TB of PCIe SSD storage support via a three-drive HyperDrive Ultimate SSD RAID array.

Asus has provided its proprietary AAS Plus cooling system on the ROG Zephyrus S17 that lifts the keyboard to a 5-degree angle to open vents for better airflow. The laptop also has Arc Flow fans that are combined with liquid-metal thermal compound to maintain heat generation.

The laptop includes an optical-mechanical keyboard with 1.9mm of key travel distance and per-key RGB backlighting. Further, there is a configurable multiwheel for easy functioning.

Connectivity-wise, Asus ROG Zephyrus S17 has options such as Wi-Fi 6, Bluetooth v5.2, Thunderbolt 4, RJ45 Ethernet, and USB 3.2 Gen 2 Type-C. The laptop also supports Dolby Atmos sound, along with a smart amp technology for an enhanced audio experience. There are two 1W tweeters on board.

Asus ROG Zephyrus M16 comes with a 16-inch WQHD display with 165Hz refresh rate and 16:10 aspect ratio. The screen also has 3ms response time and is backed by Dolby Vision as well as DCI-P3 colour gamut coverage. Under the hood, there is an up to 11th-generation Intel Core i9-11900H processor, along with Nvidia GeForce RTX 3070 laptop GPU (up to 8GB GDDR6 memory) and up to 32GB of DDR4 SDRAM. 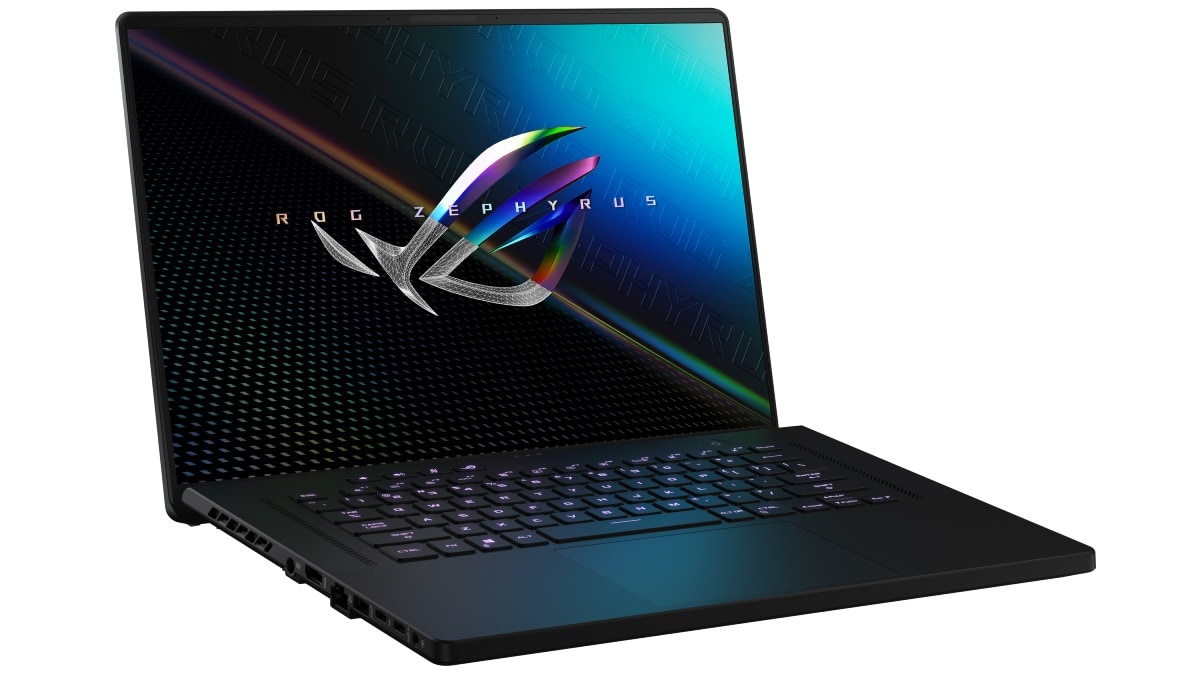 For inputs, Asus ROG Zephyrus M16 has a backlit chiclet keyboard with single zone RGB. The laptop also includes ROG Intelligent Cooling system that is designed to keep the M16 cool under the users’ fingers. You’ll also get a six-speaker system with dual force-cancelling woofers — backed by Dolby Atmos.

The Asus TUF Gaming F15 laptop comes with a 15.6-inch full-HD display with up to 240Hz refresh rate support and 3ms response time. The laptop is powered by up to 11th-generation Intel Core i9-11900H processor, along with up to an Nvidia GeForce RTX 3060 GPU (6GB GDDR6 dedicated memory) and up to 16GB of DDR4 SDRAM. It also comes with an RGB backlit keyboard with an isolated numpad key and includes an HD 720p webcam. 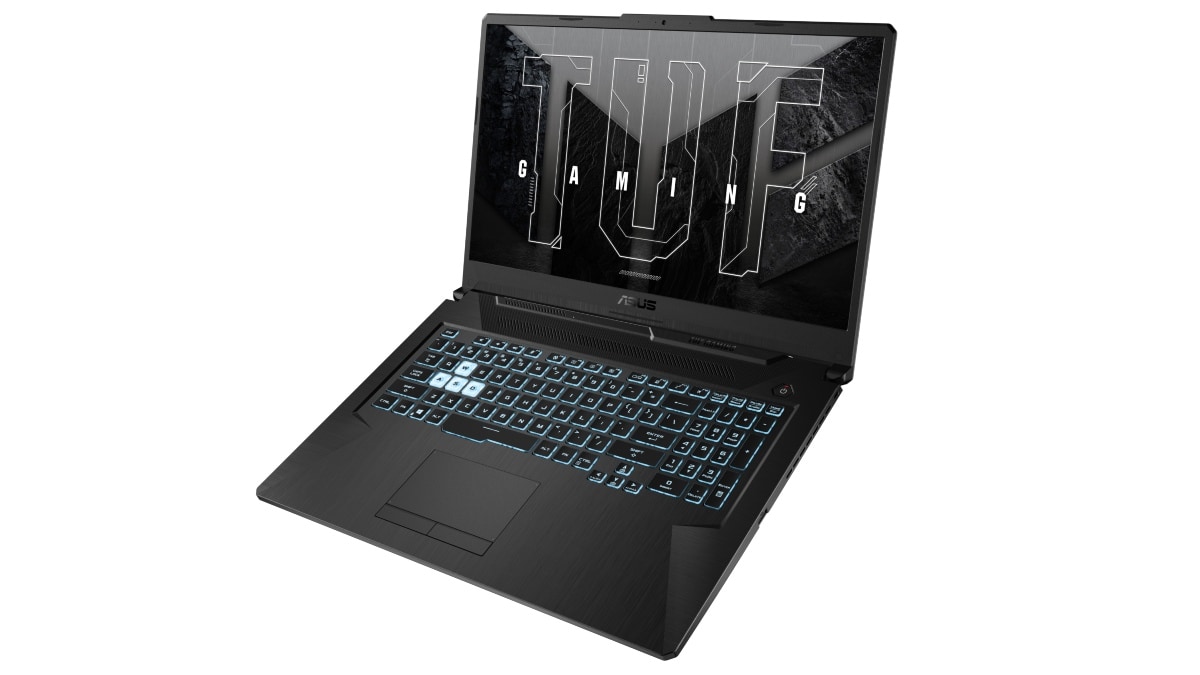 Asus TUF Gaming F17 is quite similar to the TUF Gaming F15, though it comes with a 17.3-inch full-HD display with 144Hz refresh rate. It is powered by up to 11th-generation Intel Core i7-11800H processor, coupled with up to an Nvidia GeForce RTX 3050Ti GPU (4GB GDDR6 memory) and up to 16GB of DDR4 SDRAM. The laptop also comes with up to 1TB PCIe SSD storage. It includes an RGB backlit chiclet keyboard and carries a 720p HD webcam.