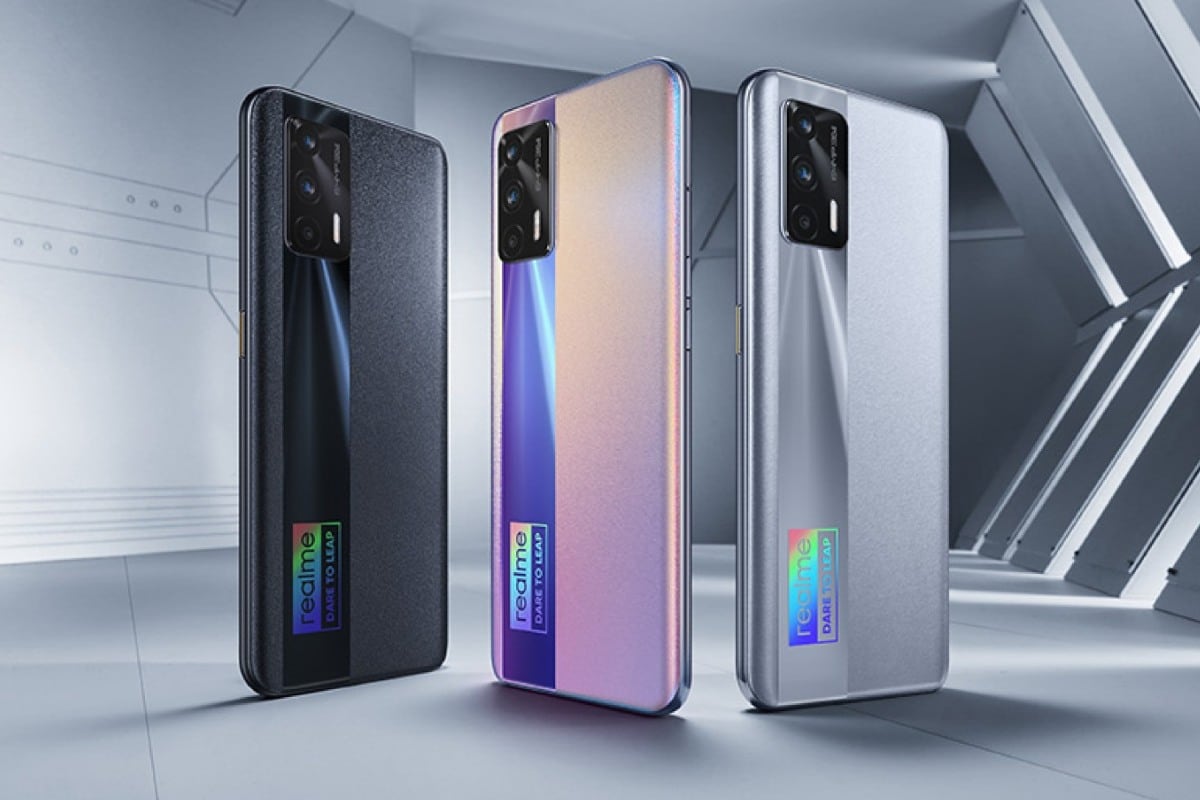 Realme X7 Max 5G is set to launch in India today (May 31) as the company’s latest flagship phone. The smartphone will come with MediaTek Dimensity 1200 SoC and features including a 120Hz Super AMOLED display and triple rear cameras. Alongside the Realme X7 Max 5G, the Realme Smart TV 4K is launching in the country at today’s event. The new smart TV is teased to have Dolby Atmos and Dolby Vision support. The launch event will take place virtually through the company’s social media channels.

The Realme X7 Max 5G and Realme Smart TV 4K launch event will begin at 12:30pm. It will be livestreamed through Realme India’s Facebook and YouTube accounts. You can also watch the event directly from the video embedded below.

The Realme X7 Max 5G is teased to have the octa-core MediaTek Dimensity 1200 SoC and feature the Super AMOLED display with 120Hz refresh rate. It will also come with a 360Hz touch sampling rate and deliver up to 1,000 nits of peak brightness, according to the recent teasers that appeared on the Realme and Flipkart sites. Further, the phone will feature a triple rear camera setup with a 64-megapixel primary Sony IMX682 sensor, along with an 8-megapixel ultra-wide shooter and a 2-megapixel macro shooter. It is also teased to have 50W SuperDart fast charging as well as 8.4mm of thickness and 179 grams of weight.

Considering it as the rebranded Realme GT Neo, the Realme X7 Max 5G could include a 16-megapixel selfie camera sensor, in-display fingerprint sensor, and a 4,500mAh battery. The smartphone is also likely to have Dolby Audio and Hi-Res Audio support, apart from featuring dual stereo speakers.

The Realme Smart TV 4K is teased to have Ultra-HD HDR screens in 43- and 50-inch sizes. The smart TV will also come with HDR support and include Dolby Vision technology, as per the recent teasers. It is also teased to have Dolby Atmos audio.

In addition to the details available through teasers, the rumour mill has suggested that the Realme Smart TV 4K could come with a quad-core MediaTek SoC and run on Android TV 10. The smart TV is also said to have three HDMI ports and two USB ports. The company is also expected to offer dual-band Wi-Fi and Bluetooth v5.0.